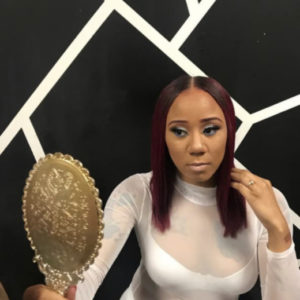 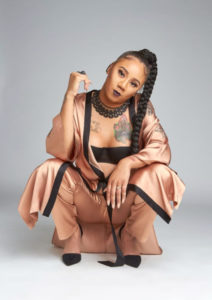 Helming straight out of the south side of Chicago, Katie was inspired to rap and write her own lyrics telling the story she lived as she raps. Katie is most recognized for her hit song which helped crown her as “Queen of Drill” music is “Pop Out” featuring King L. All while having her style of music Katie Got Bandz have been inspired by her favorite top players in the industry like Waka Flocka, Nicki Minaj, Drake and Lil Wayne.

Growing up in one of the most dangerous cities Chicago Katie knew of the bad rep “Drill” music was gaining Katie wanted to not leave “Drill” but be authentic in deliver of her life experiences in telling her story through her style of “Drill” music. Some of Katie’s prior work to her transitioning music she’s penned

are “Drillary Clinton 3”, back in 2015, “Zero To 39th”, “Cooling In Chiraq”, “Drillary Clinton 2”, “Drillary Clinton” and “Bandz Hittaz” mixtapes that ran thick in the streets. Don’t let this pretty face fool you, Katie has a long history of work that’s been spreader throught the music scene and referred through All Hip Hop, Pitchfork, Vice, FSD, Fuse, New York Times, VladTv, & etc.