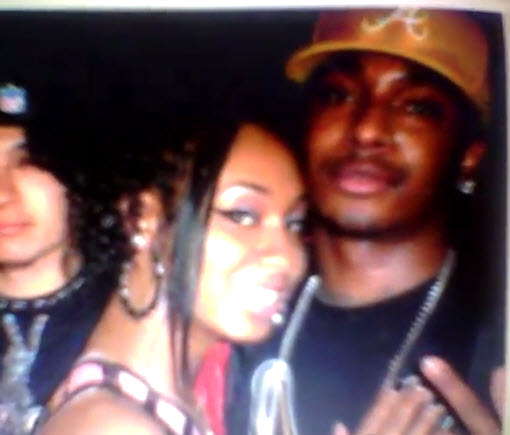 The internet has been going crazy for a while now that rapper Chingy may have had sex with a transexual model ya thats right A Tranny. Chingy Has now come out saying the rumors are false.
Star claims she had sex with Chingy two years ago after a show. Star says she was invited to a hotel room, she revealed her gender change, and Chingy said, â€œNah, I still want that. I still want that.â€ WOW I am lost for words… This is what Chingy had to say:

â€œThatâ€™s some straight bullâ€“.â€ I had a show like two years ago. I had a show with Ludacris [in] Chicago. There were some dancers on the stage and these dancers were on the stage through everybodyâ€™s show. The person [Star] asked me to take a picture and I took a picture. The boy, whatever it is, asked me to take a picture. Iâ€™m not up there checking to see if itâ€™s [a boy or girl]. It looked like a woman. Iâ€™m not looking to see no neck check and all that. Iâ€™m taking a picture with a fan.â€

â€œIâ€™m not homophobic, I donâ€™t know what this person is.â€ â€œIf you a fan of Chingy, Iâ€™mma take a picture with you â€“ You got this person that took pictures with not just me but with a few other celebrities. But for some reason, they want to single me out and make it out like Iâ€™m messing with this person, sleeping with this person.â€

This isnâ€™t the first time Chingy has been accused of having relations with transsexuals. Last year, transsexual rapper Foxxjazzel said she got it in with the rapper. This is crazy yall need to leave that man alone…

To each his own. I mean, if you love chopping down trannys, then you aint gotta lie to kick it Chingy. TheYBF is reporting, what yall think did he do it?

UPDATE: Sidney Star plans to call into WGCI in Chicago this afternoon to put Chingy on blast. We will keep you posted about what happens and what is said.