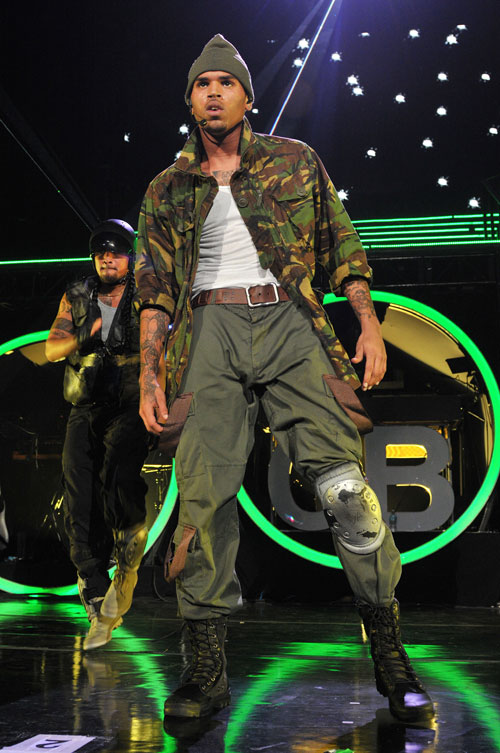 Chris Brown lines up dual singles for his upcoming fifth album “Fortune.” The “Take You Down” singer recorded more than 400 songs for “F.A.M.E.” and made news earlier this year he’ll release another album. “Fortune” will be a continuation of “F.A.M.E.” Now Brown has announced on Twitter the name of the two singles. He tweeted,

â€œSTRIP is one of the singles off of FORTUNE so request at RADIO! Iâ€™m also really excited about the release of my single titled â€˜BIGGEST FANâ€™ produced by the RUNNERS!â€

Although “Strip” is not quite new, it was featured on Brown’s latest mixtape “Boy In Detention.” Brown is currently on his “F.A.M.E” tour promoting his latest album with the same name. Besides a new album on the way and touring, Brown will be getting his acting chops in “Planet B-Boy.”Â  The movie will be based on the award-winning 2007 documentary with the same name. The film will be a dance-flick and starts production next week in Los Angeles before heading to Montpellier, France.