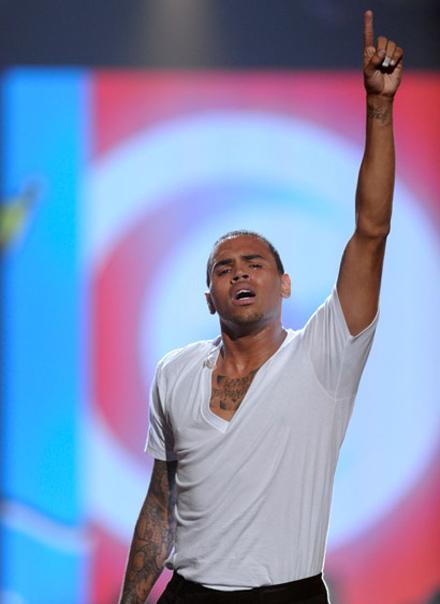 (9/21/2010) R&B star Chris Brown is revealing new details about his next release. The singer recently stopped by Austin, Texas’ 102.3 The Beat, where he revealed the title of his upcoming album. Brown stated, quote, “The name of my album is ‘F.A.M.E.,’ so make sure you check it out.” “F.A.M.E.,” which stands for “Forgiving All My Enemies,” is the same acronym that Brown had tattooed on his arm this past July. While a release date for the singer’s next album hasn’t been released, Brown says fans can expect some new music in the near future. He adds, quote, “I’m trying to get everything together, figure out what I’mma do with the album.”