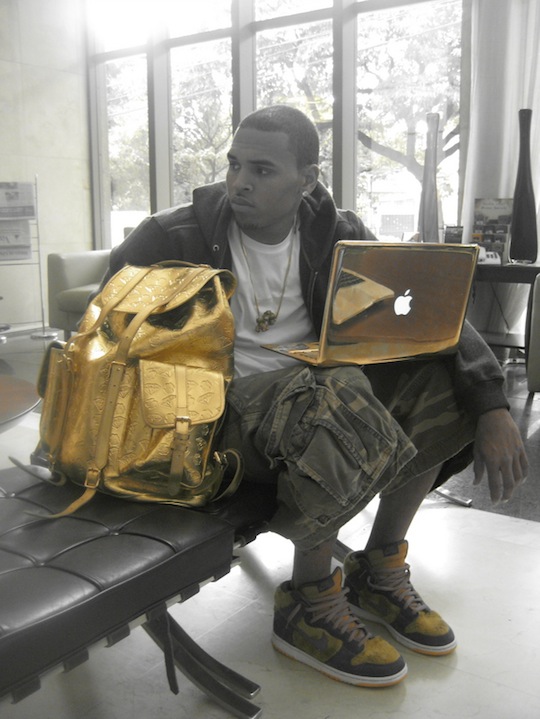 Chris Brown was in a charitable mood last week. The singer gave 25-thousand dollars a piece to the American Red Cross and the Central Virginia Food Bank. Brown posted photos of himself posing with the staff of the charities and his life-size checks on his Twitter feed. In addition to tweeting his charitable photos, Brown has also been showing off photos of himself with a young model named Jasmine Sanders. Chris Brown made headlines earlier this month when it was reported that he had been denied entry into the United Kingdom. British officials said they are preventing Brown from entering their country because of his criminal past. Last year, Brown pleaded guilty to felony assault for assaulting his ex-girlfriend Rihanna just before the Grammy Awards. He is currently serving five years on probation.