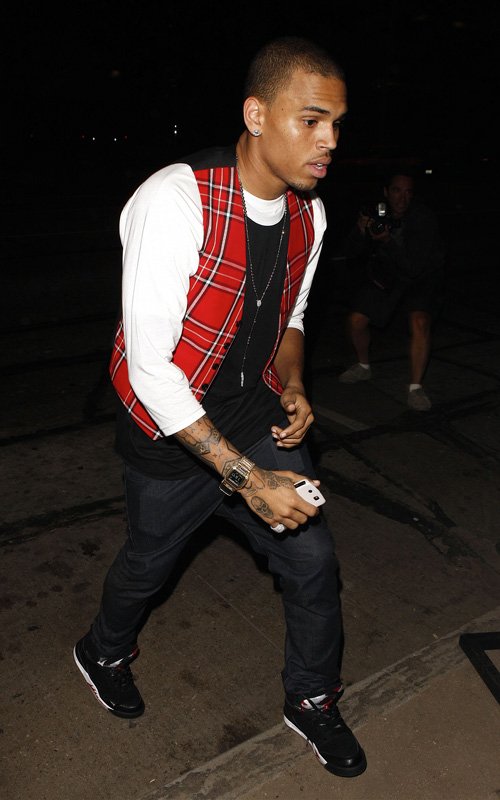 Chris Brown’s Thursday morning interview with a Seattle radio station didn’t quite go as planned. Chris Brown hung up on KUBE 93’s “Wake Up Show” after the host began asking about Rihanna. Brown started the interview by discussing his new album “Graffiti,” but when the topic eventually turned to his former flame the singer wanted to change the topic. Following the first Rihanna question Brown responded, quote, “I’m really done talking about the whole situation…I’m just moving forward.” Undeterred, the DJ followed-up by asking Brown, quote, “did Rihanna throw you under the bus or what?” Before the “I Can Transform Ya” singer could respond, his handler told the station “alright guys” and hung up the phone.

Chris Brown was arrested for assault last February after he beat his ex-girlfriend, pop star Rihanna. He pled guilty to felony assault over the summer and is currently serving five years on probation. On Tuesday, he released his third studio album, “Graffiti.”