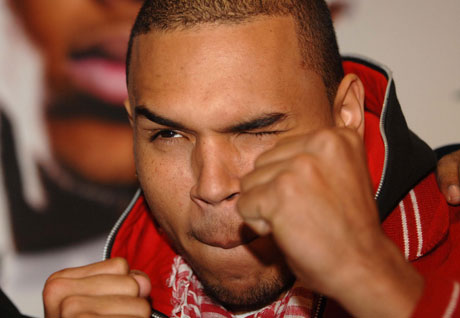 Singer Chris Brown can’t seem to get along with Twitter these days as he continues to have words with followers who tweetÂ things thatÂ Chris can’t seem to ignore. This is not the first time the singer has gone on a rampage over words being said over Twitter while most of his anger comes from tweets regarding his “incident” with ex-girlfriend Rihanna backÂ in 2009. Check inside to seeÂ what the singer recently had to say about thisÂ ongoing issueÂ via his twitter account.

“Don’t say s–t to anybody and everyone feels its cool to attack me. GROWN ADULTS!!!! That s–t happened three years ago,” Breezy tweeted. “TWITTER GETS WACK REAL FAST! I LOVE ALL THE POEPLE WHO SUPPORT MY MUSIC! i never said i was a LEGEND. people please grow up. Ive never dealt with so much negativity in my life! its to the point now that its just ridiculous! IM NOT A POLITICIAN! MY MUSIC DOESNT PROMOTE VIOLENCE nor will it ever! only thing it will increase is the pregnacy rate! I wake up thinking of living my life….. YOU wake up thinking of me! NOW I REALLY CANT WAIT FOR THE AMA’s! u dont have to respect me now… but u will.”

The 22 year old also added, “I know a lot of you wack a-s (OLD) celebrities probably wanna f–k my ex, but talking s–t on me wont get you far! and to be REALLY HONEST, ya’ll wonder why n—a spazzes all the time?”

And just as quick as he posted the comments he shortly added Â “im off twitter today! peace!” and deleted his entire timeline on the account.

Did you feel that people are justified forÂ giving Chris a hard time or are these haters that he should just ignore? Tell us what you think.