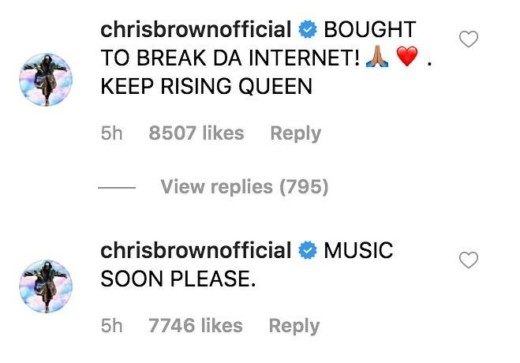 He also urges her to continues dropping projects.

Reports from the YBF say Chris shouted his girlfriend Ammika Harris out subsequent to commenting on Rihanna’s post. Perhaps to prevent any break up rumors.

Chris and Ammika’s relationship has been trending since Brown commented, ” Mines” on one of Ammika post on June 27th. 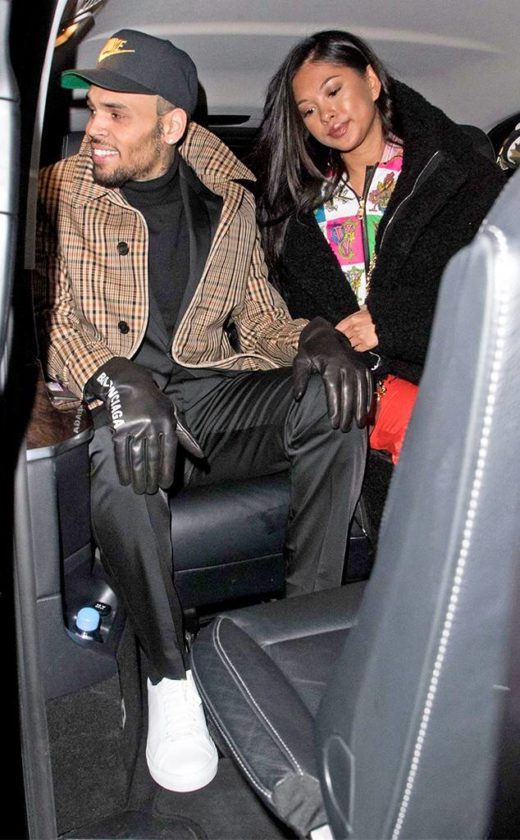 Chris posts a picture of Ammika and captions, “My Boo.”

Sources say Ammika responds to Chris and says, ” My Baby.” 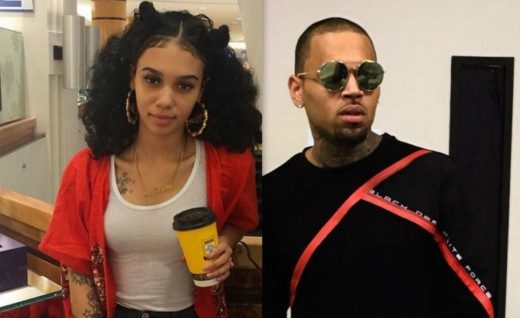 Despite the sentimental exchange between Chris and Ammika Harris, rumors are still surfacing that Chris Brown is in a new relationship with model Indya Marie. They reportedly built an relationship after Chris’s break up with Karrueche Tran.

Chris and Karrueche Tran have not been reported to be on good terms or seen commenting on each others post.

Regardless of Brown’s relationship life he is still actively doing music and performing. He is one of the greatest artist of our time. Justin Beiber reportedly called Chris the living Michael Jackson fused with Tupac Shakur! Can’t wait to see what’s next for the living legend