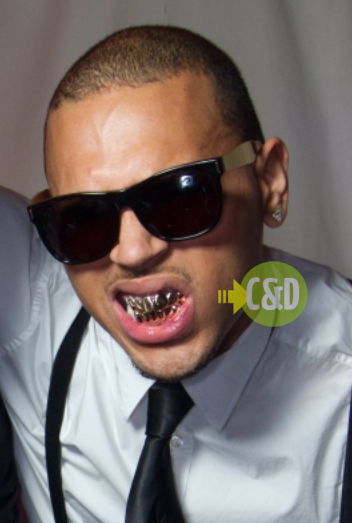 It’s not enough to be one of the hottest pop stars out right now. You’ve gotta take it the next level and that’s just what Chris Brown did when he rolled through his friend Kevin McCall’s birthday bash sporting a grill (on the top and bottom). We spotted this picture over at crunktastical and hilarity ensued soon after. What a combination Breezy made with his formal attire that consisted of a dress suit, a tie, suspenders, and now this grill that he’s sporting. 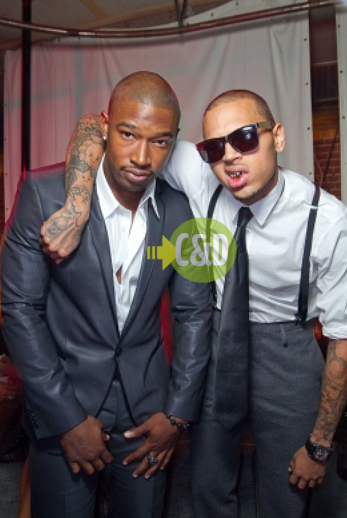 While Chris Brown certainly drew a lot of attention to himself with his new accessory, other celebs were spotted at the party such as Teyana Taylor, Omarion, and Ray J. They all came together to help Kevin McCall celebrate his 26th birthday out in Los Angeles last week. Do you think Chris Brown intends to wear this grill on the regular? What do you think of this in general? I personally never saw it coming. Then again, I never saw the blonde hair coming either.