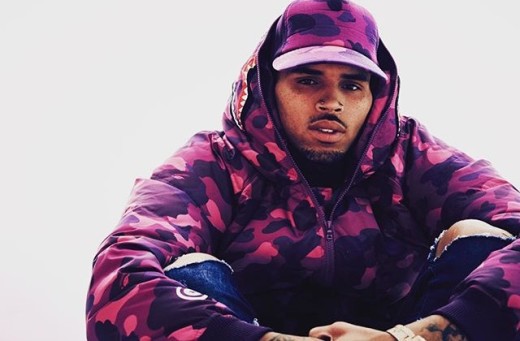 Stories began circulating that claim friends and family members are concerned for Chris Brown because they believe he’s addicted to Sizzurp! According to them, the singer’s addiction has gotten worse and they’re fearful that he will lose custody of his daughter, Royalty.

A picture on Brown’s page of him and friends at a pumpkin patch has eyebrows raised. There is a red cup behind the singer’s right foot.

However, the “Fine China” singer was NOT having it with these accusations! He quickly took to his Twitter before these stories dropped and let the world know exactly what’s going on. 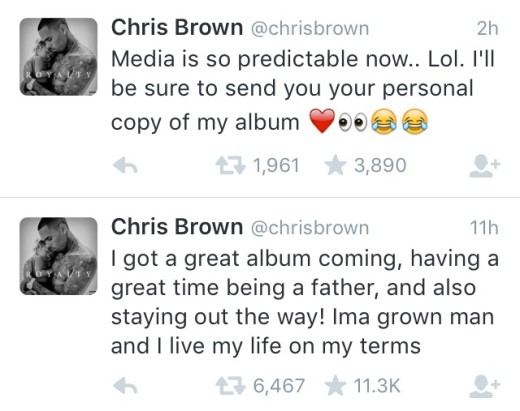 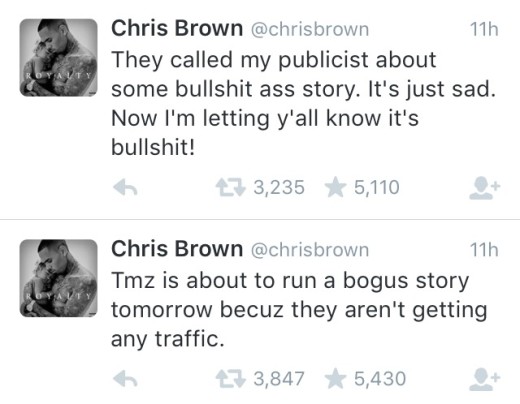 Chris Brown has made it clear that he is focused on being a good father and great artist for his fans! I hope the singer is doing just that and these really are false claims.