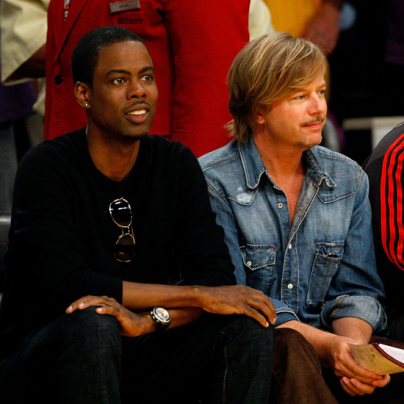 This past NBA post season turned out to be one of the most exciting in years. It displayed the true heart and focus of plavers, including Kobe Bryant. In the clip below, Chris Rock responds on the view how he felt about Kobe ignoring him as he tried to tell jokes on the sideline.

Question: What were you thinking? I mean, this is the finals?

Rock: Ahhh the hell with Kobe. Don’t know nobody care about no Kobe Bryant.

While the Los Angeles Lakers were opening up a can of whoop-ass on the Boston Celtics in Game 1, their main catalyst Kobe Bryant was not in a joking mood, at all. Somebody should’ve told Chris Rock the same thing. Pookie tried to be funny but Mamba wasn’t having none of it.I am quite sure there is a movement out there against Kobe who think the same thing, to hell with Kobe. But at the end of the day, he still is Kobe aka Black Mamba aka That Dude Right Now.