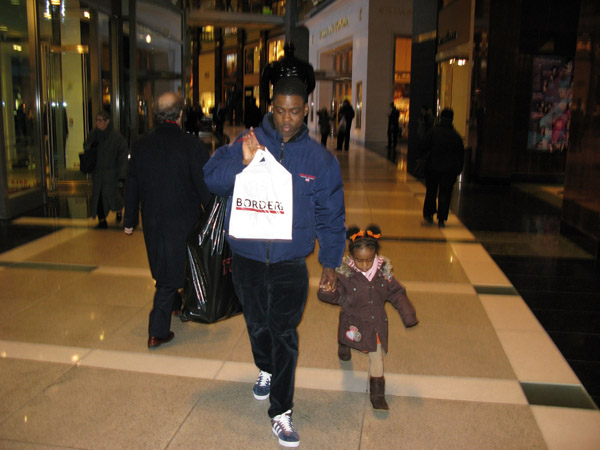 People always reporting that bad news now here’s some good news!!! Chris Rock was inside the Neiman Marcus department store at the Garden State Plaza in New Jersey on Friday just as a very pregnant woman approaching an escalator a few feet away from him suddenly went into labor when her water broke.

EURweb is reporting that the comedian, according to Us, sprung into action. Rock, 45-year-old father of two with wife Malaak, used his trademark humor to keep the woman â€” and a crowd of concerned shoppers â€” calm until an ambulance was called.

â€œHe was making the crowd and the woman in labor laugh,â€ an eyewitness tells Us. â€œShe recognized who he was immediately and he stayed there until the paramedics took her away.â€

No word yet on the mother and childâ€™s condition.