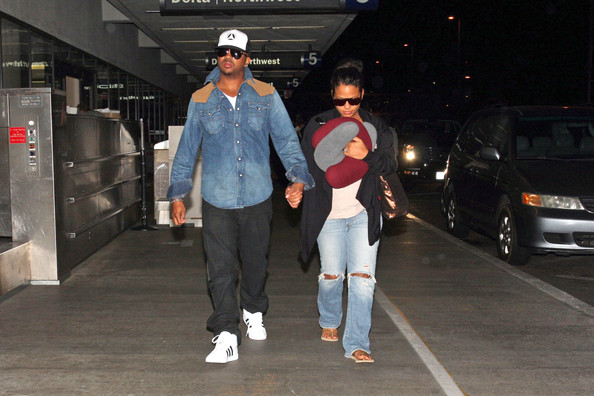 An alleged friend of Christina Milian has come to lash out at her soon-to-be-ex-husband, The-Dream. The friend accuses Dream of trying to control her career by â€œnot allowing her to work with any other producersâ€ while â€œgiving her leftover songsâ€ intended for other artists. This friend even says The-Dream purposely leaked the songs they did together to ruin the project. WOW

The friend also said that the Dream was very mentally abusive to Christina saying that he would belittle her and be very mental.

She writes to MediaTakeOut:

â€œHe constantly tried to argue with her about her family and to this day blames it on her side.. but Christina moved to Atlanta while everyone was in LA and it became clear that all anyone could do to make her happy at that time was let her go.. and they did.. but he continued to go at her with the same problems while she dedicated this â€œnew lifeâ€ to him, pushing aside her career and family for him..

He even faked illness to drag her further into this misery.. Christina was forced to play mommy to a newborn and to a full grown man and had no time to attend to herself, forcing her family to make extended visits in order to help her..â€

I was told by people close to the couple that the 2 have been broking up for the past 3 months and are barely speaking. I really don’t know how I feel about this story or if its true, but I will say if they were not together Dream can feel on who ever ass he want’s.. What yall think?