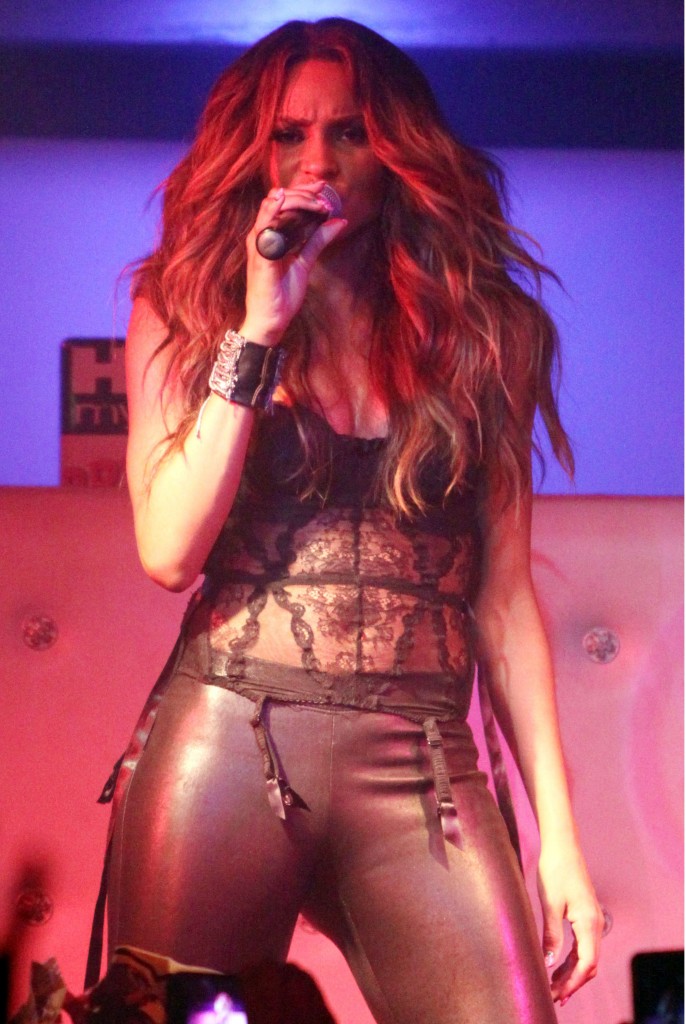 My girl Ciara was spotted out in Hollywood this weekend doing her thing at Hype Popstarz. She gave the concert every bit of her signature sexiness that she known for starting with her attire for the concert. She wore a lace bustier top that showed off her flat abs. In addition to that she had on some skin tight black leather pants that revealed every curve that she’s working with. 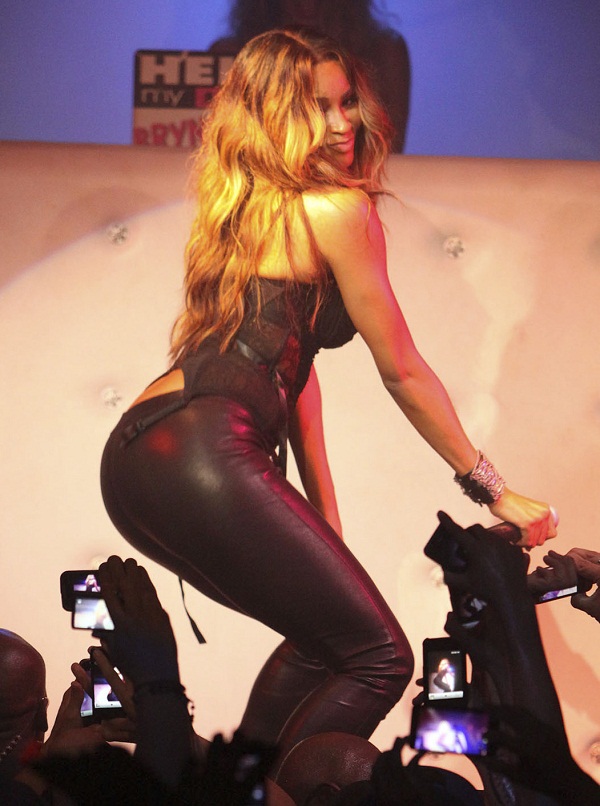 Of course she showed the crowd aÂ  number of dance moves that only Ciara (or Janet) could do all while looking stunning. 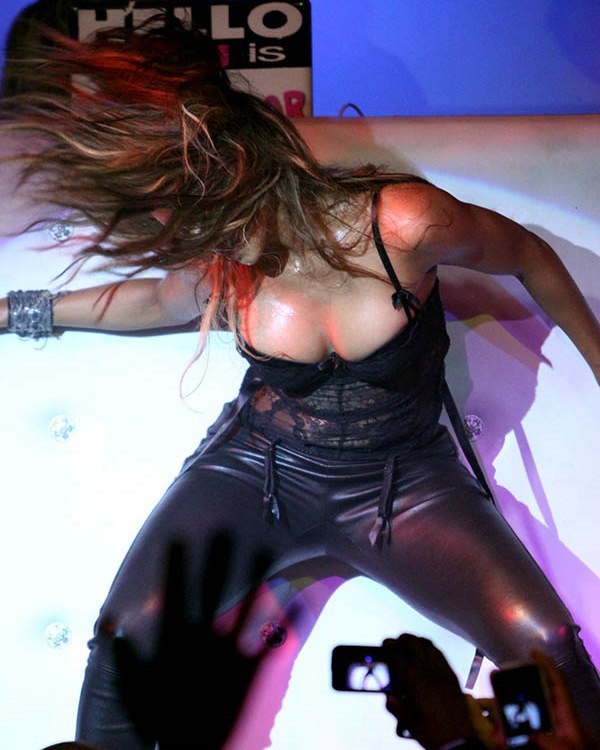 Looks like Ms. Harris gave this performance her all. Judging from this pic, it looks like Cici may have almost had a nip slip. Thank goodness she didn’t though. 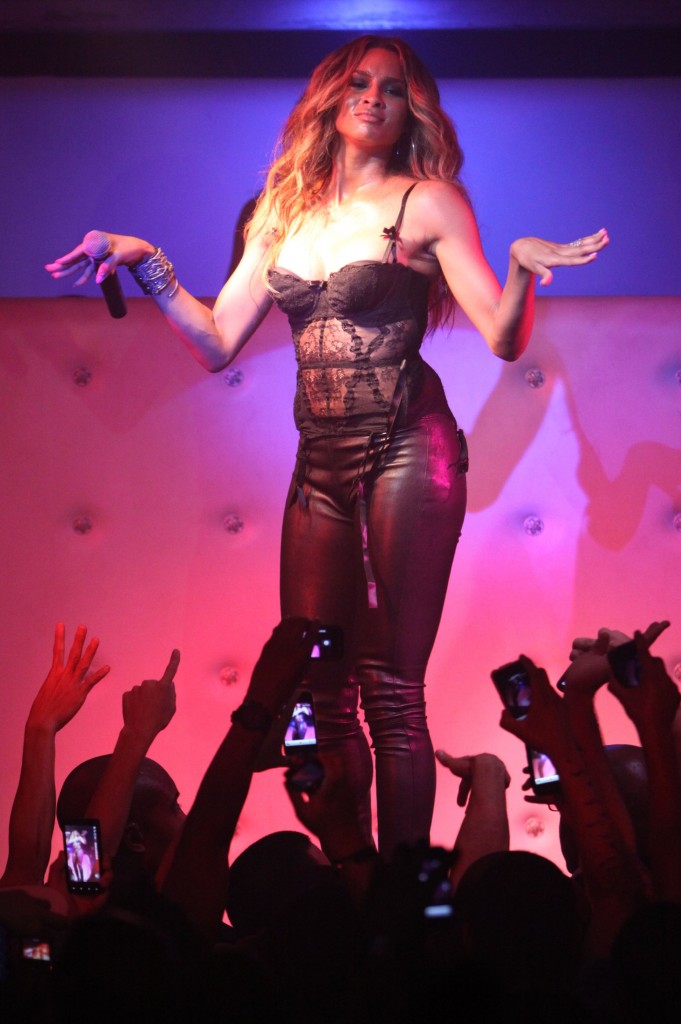 Ciara shows here that she’s still got the same sassy attitude since when she came onto the scene back in 2004. 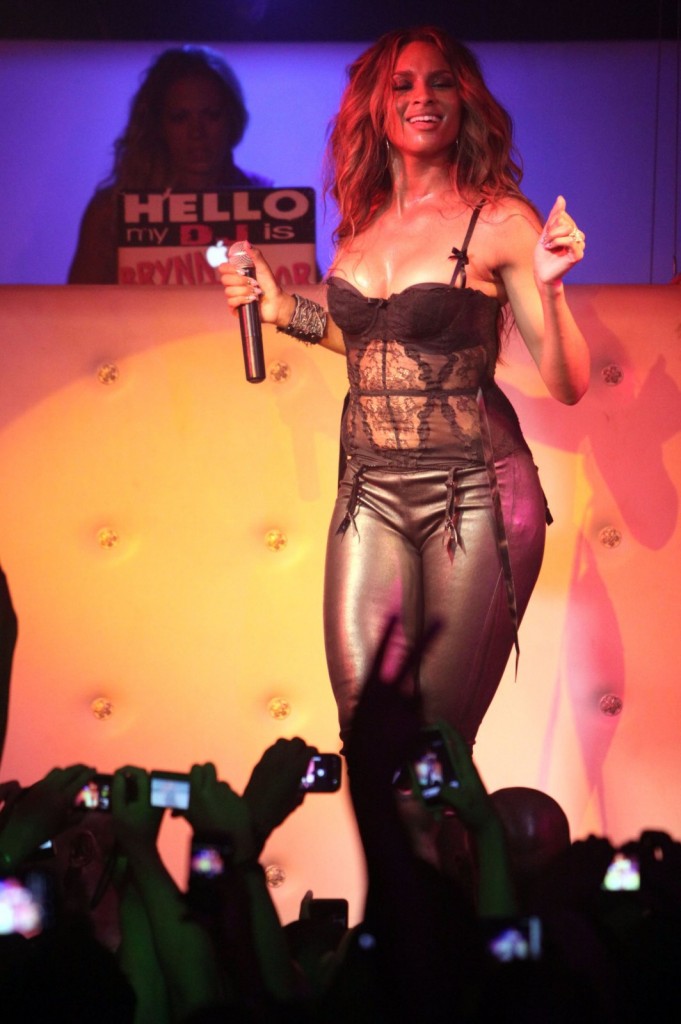 Overall it looks like Ciara gave a great concert to the crowd out in Los Angeles. Check out more pic from her performance last night below.

Seems like she’s been everywhere performing since her label change to Epic. Are you checking for Ciara to perform a concert in a city near you?