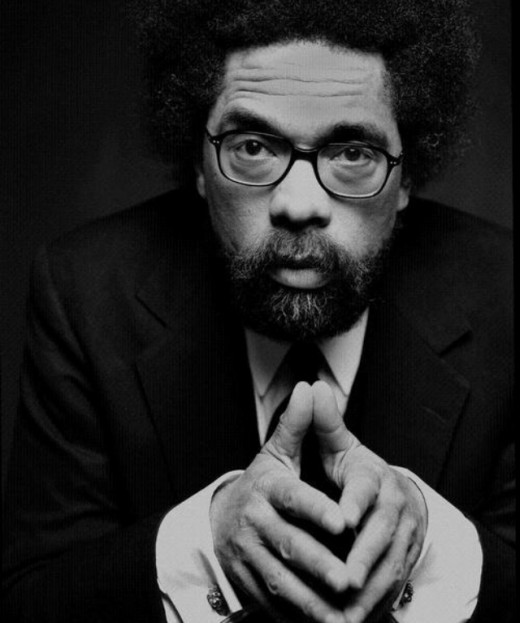 Civil Rights activist and professor Cornel West was arrested yesterday in Ferguson, MI, during the “Monday Moral” March! He was just many of who were arrested during the march.

Cornel West, a prominent Civil Rights activist and Harvard professor was knocked over Monday during an altercation at the Ferguson Police Department and was later detained along with other demonstrators. They were at an event protesting the fatal shooting of Michael Brown, an unarmed black teenager who was shot by Ferguson Police officer Darren Wilson. During the Moral Monday March hundreds of protestors launched another day of demonstrations, protests, speeches and workshops designed to call attention to anger police treatment over minorities. Arrest were made after protestors started bumping officers shields and forced their way their law enforcement skirmish lines. Over a half-dozen people were arrested at another site for blocking traffic and refusing to clear the streets.

Protesters also showed up at a fundraiser in Webster Groves for County Executive candidate Steve Stenger. The event was attended by Sen. Claire McCaskill and at least six demonstrators were handcuffed by police.

There also appeared to be a handful of arrests at a Ferguson Wal-Mart nearby. On Sunday night, over 2,000 people attended an interfaith rally, where West, who is a professor at New York’s Union Theological Seminary spoke upon the shooting that prompted weeks of protests in Ferguson.

“Protestors and demonstrators are demanding that Wilson be charged with the crime,” stated West. “Everybody knows if you shoot somebody down, you should be arrested!” He asked the crowd to channel their rage into a plan of action for change otherwise things could get much worse as time and anger progresses.

We continue to pray for Ferguson and hope that there will be #JusticeforMikeBrown!