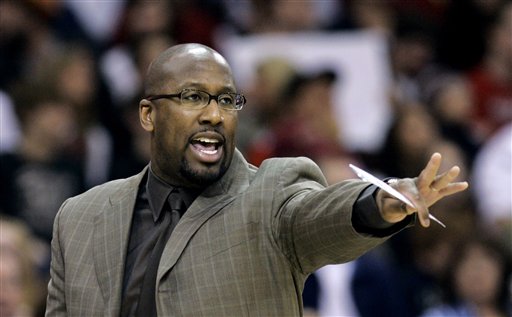 Eurweb.com is reporting that coach Mike Brown is a done deal in Cleveland. The Cavaliers head coach was let go in the wee hours after his five-year run failed to yield an NBA championship. The Cavaliers fired him before a midnight deadline Sunday night to avoid paying him his full $4.5 million salary for next season.

Cleveland was booted from the playoffs two weeks ago by the Boston Celtics, who upset the NBAâ€™s top regular-season team in six games in the Eastern Conference semifinals. According to ESPN.com, Cavs owner Dan Gilbert decided to fire Brown after an organizational review that began following the Cavsâ€™ exit from the playoffs.

â€œAfter a long and deep analysis of all of the factors that led to the disappointing early ends to our playoff runs over the past two seasons, we concluded that it was time for the Cavaliers to move in a different direction,â€ Gilbert said in a statement released today by the team. â€œThe expectations of this organization are very high and, although change always carries an element of risk, there are times when that risk must be taken in an attempt to break through to new, higher levels of accomplishment.