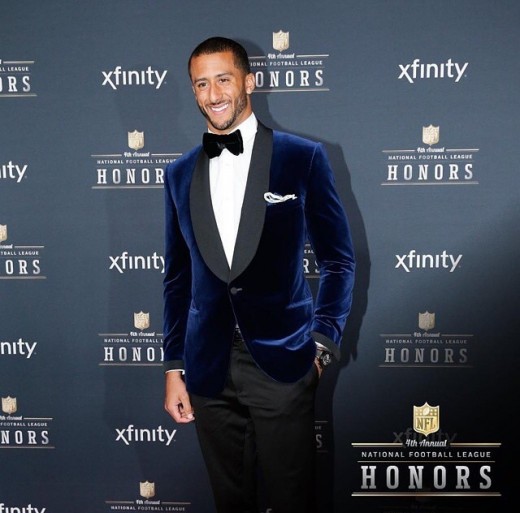 San Fransisco 49ers’ player and every woman’s dream, Colin Kaepernick, had to shut down a Twitter troll last night! The hater hopped on Kaepernick’s page and started something he just couldn’t finish!

Although it is the off-season for the NFL, San Francisco 49ers’ player Colin Kaepernick wanted to show his fans that he is still hard at work!

Kaepernick tweeted about what he was doing to prep for this upcoming season. 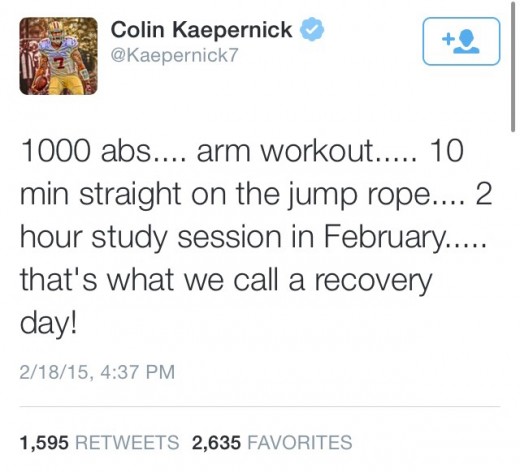 And of course with the good responses…always comes a bad one! Apparently, someone was not pleased with Kaepernick’s hard work. 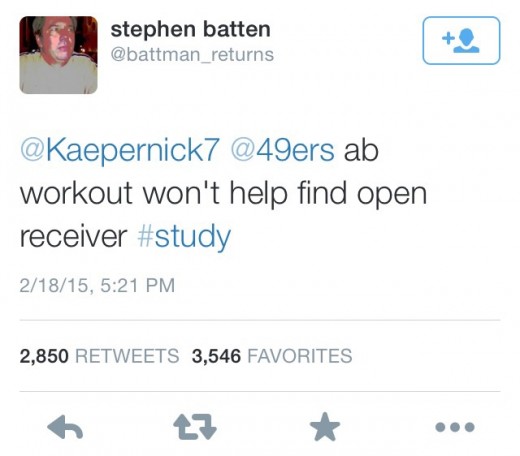 Kaepernick was NOT having any of it and let the Twitter troll about himself. 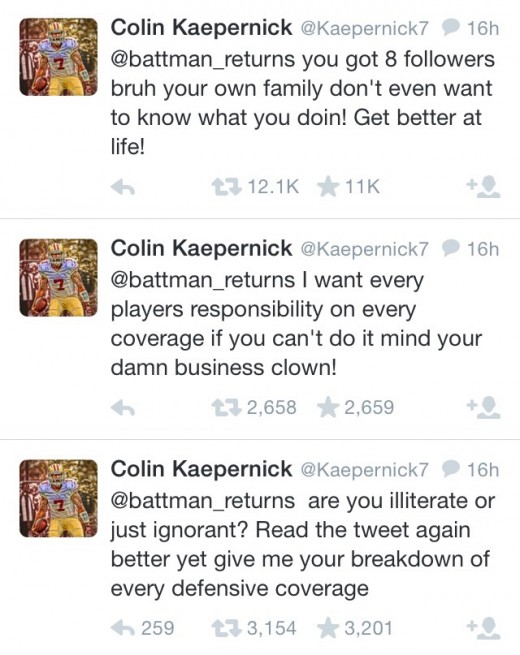 Well, that escalated quickly! However, I don’t blame Kaepernick! Everyone is a critic until it’s their turn to get on the field.

What are your thoughts? Was Kaepernick right for shooting this man down? Comment below!