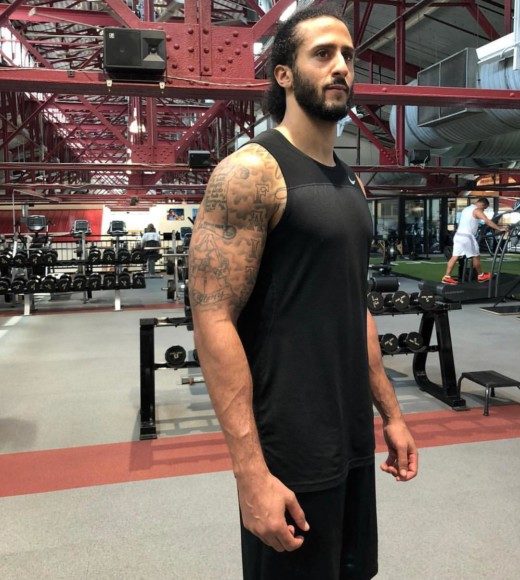 The game doesn’t officially drop until next week, but people who have gotten their hands on an early copy have noticed Kaep’s name was scrubbed from Sean’s verse on YG’s song “Big Bank” featuring 2 Chainz and Nicki Minaj.

What you’re supposed to hear is “Feed me to the wolves now I lead the pack and sh*t. You boys all cap, I’m more Colin Kaepernick”, but aside from the obvious edits to keep the lyrics rated PG, the game also took the Kaep shout-out off the track.

A video has been going viral on social media and most people are assuming it has to do with Kaep’s involvement in kick-starting the National Anthem controversy.

bad enough @Kaepernick7 still not signed, but now they even edit his name out in this year’s @EAMaddenNFL during @BigSean verse, smh pic.twitter.com/3nvkB26z5r

As for Kaep appearing in the game as a player, that won’t happen until he’s signed to a team.

So far no word back from Electronic Arts or the game’s developers for an explanation on the omission.