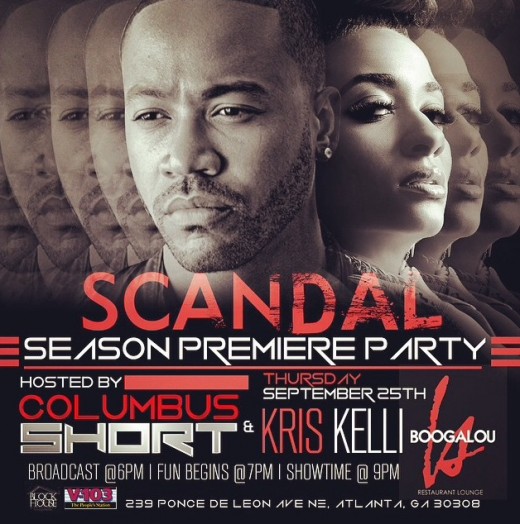 Columbus Short is throwing a “Scandal” première party tonight in Atlanta! And not only is he throwing a party, but he will also be debuting his new single from his self-titled album “Gladiators.”

Columbus Short never ceases to amaze us! And lately all he has done is just that. He is throwing a “Scandal” première party in Atlanta and will be debuting his new single “Gladiator“….talk about AWKWARD!

How can we forget when Shonda Rhimes and ABC gave Short the boot? It happened right around the time he encountered his legal troubles. Well, I guess this is his way of showing his support for the hit series and his former castmates. Apparently, Short and Rhimes are still pretty close, and that is why he is hosting the party.

Personally, if Rhimes likes it, then I love it. It is just a little weird to me. However, I would not mind seeing Harrison back on the screen with the other gladiators. What are your thoughts about his première bash? Comment your thoughts below!