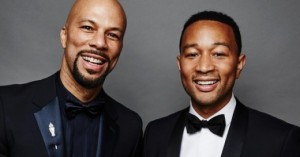 ABC News reports that pianist/singer John Legend and rapper/actor Common will perform their song “Glory” at the upcoming Academy Awards. The song is one of the five nominees for Best Original Song and is from the Civil Rights-centered film, “Selma” starring David Oyelowo, Oprah Winfrey, and Carmen Ejogo. Despite the fact that the film itself did not garner much in the way of Oscar nominations, we are hopeful that the inspirational “Glory” anthem will win!

Be sure to tune in to the 87th Annual Academy Awards presented by the Academy of Motion Picture Arts and Sciences on February 22, 2015 live on ABC from Hollywood’s Dolby Theatre at 7 PM ET/ 4 PM PT!