Common, Drake Had “Good Conversation” At Grammys and All Star Weekend 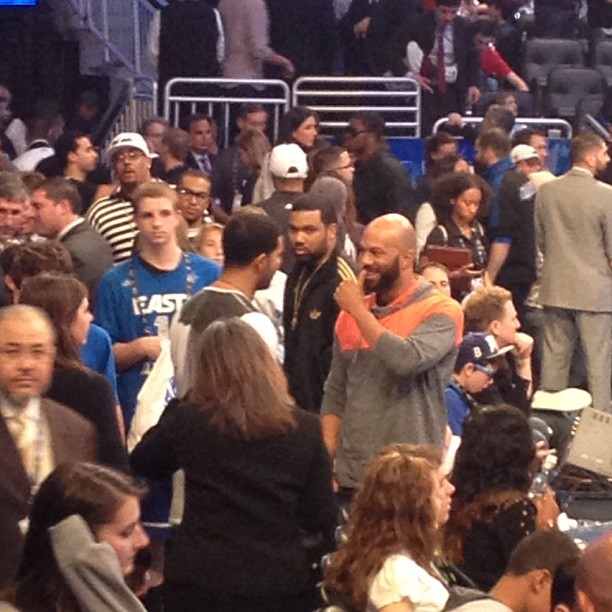 Common says rumors that he and Drake got into a physical altercation at the Grammy Awards are not true. Speaking with TSN’s “SportsCentre,” Common revealed that the two actually had a “good conversation” during the ceremony. Common says he’s always had respect for Drake’s talents, adding that he’s “learned to respect him even more” now that they’ve had a chance to talk. Common goes on to explain that his issue with Drake was never over his ex-girlfriend, tennis star Serena Williams. The rapper notes that he only had problems with Drake because he was publicly criticizing him.

Common and Drake have been taking shots at one another through their music for the past few months. Their ongoing beef brought about speculation that the two came to blows while backstage at the Grammys.