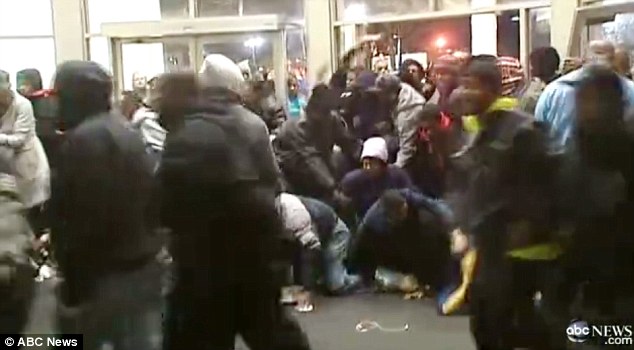 Remember the recent violence across the states for the new Nike Jordan 11 Concord sneakers after it was released? Â Now, community leaders are holding Nike and Michael Jordan responsible for the countrywide violence and asking them to make the shoes more affordable and accessible to consumers. Watch the video below:

Despite all the buzz, Michael has so far remained calm. MJ has not yet made a statement about this issue. However, to get realistic, I gotta say that it’s the people that are responsible. I mean, it’s just a bunch of shoes. You can’t just start shooting and stabbing people for goods…. Come on people!!!

This recent violence for the sneakers give us a clear indication that today’s people, especially youth, take ‘stuff’ more seriously than human lives. Although lowering the price of these might be helpful, it won’t be a permanent solution to the idea.

In a nutshell, it all comes down to us. If we control ourselves, none of this would Â happened. What do you think?