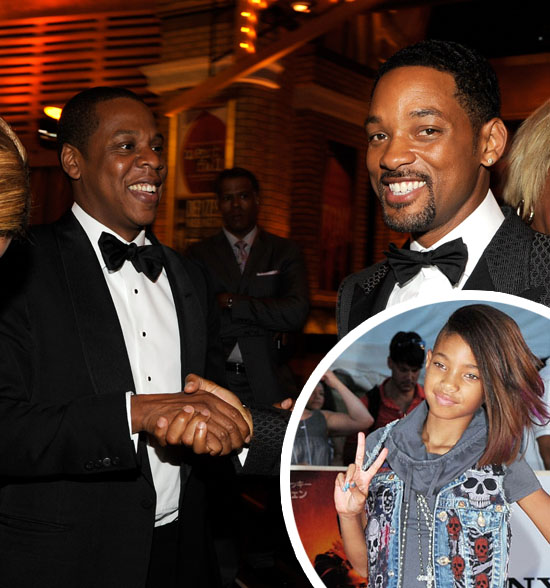 Itâ€™s now official. Shawn â€œJay-Zâ€ Carter has signed a deal to co-produce a new movie based on the Broadway musical Annie with Willow Smith in the lead role.Â Jay-Z has signed a deal with Willowâ€™s parents Will and Jada Pinkett-Smith and their partners at Overbrook Entertainment for a joint-venture to develop and produce major motion pictures â€“ the first being Annie.

The partnership between Will, Jada and Jay-Z began when the three decided to invest in the beauty line Carolâ€™s Daughter. They next joined forces = to co-produce the Broadway play â€œFela!â€ Since then, Willow, who is managed by Overbrookâ€™s Miguel Melendez, has signed to Roc Nation and released first single â€œWhip My Hair.â€

â€œThe Overbrook Entertainment family and I have a unified vision. Weâ€™ve already produced a Tony Award-winning play and weâ€™re developing a true superstar in Willow,â€ said Jay-Z in a statement. â€œThis venture into film development and production is a perfect next step with teams that are accomplished, creative and innovative.â€