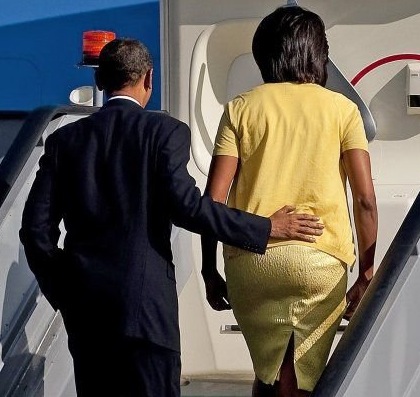 He was said to be recalling a previous speaking engagement attended by himself and the first lady about her “Let’s Move” campaign.

As some of you may know first lady Obama has been traveling the country with the campaign encouraging healthy eating & living to the masses.

Congressman Sensenbrenner however believes that she is a hypocrite which he addressed on the phone call by making statements such as….“She lectures us on eating right while she has a large posterior herself.” 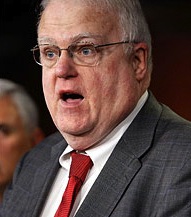 After more research apparently he isn’t the only one who feels this way nor is he the only one to speak outlandishly against first lady Obama.

Earlier this year radio host Rush Limbaugh was reported making this statement about the first lady:

Here’s what he said:

“The problem is, and dare I say this, it doesn’t look like Michelle Obama follows her own nutritionary, dietary advice…I’m trying to say that our First Lady does not project the image of women that you might see on the cover of the Sports Illustrated Swimsuit Issue or of a woman Alex Rodriguez might date every six months or what have you.”

Now aside from being called out on the occasional hamburger, the first lady manages to maintain a very toned physique and also follows the dietary and exercise plans she preaches. The fact that she has a “large posterior” has nothing to do with her eating habits and everything to do with genetics. Hmmmm this looks like another attempt to throw the first family off of their block but I don’t believe it will be successful…