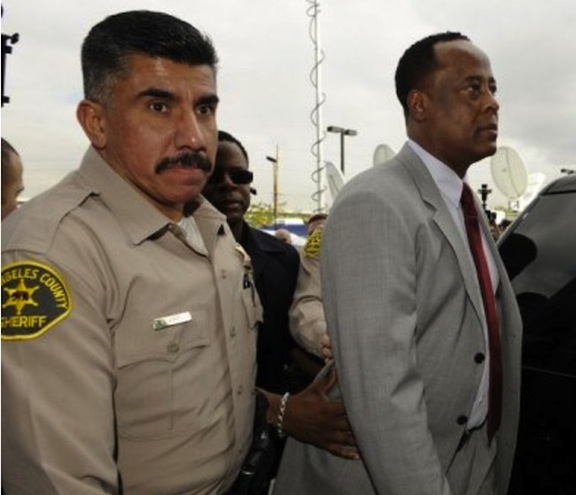 Doctor Conrad Murray is attempting to shoot down Michael Jackson’s father’s wrongful death lawsuit. The attorney for the King of Pop’s former physician tells TMZ.com he’s filed a motion to dismiss Joe Jackson’s suit, claiming it was filed after the statute of limitations. Charles Peckham says Jackson’s attorney, Brian Oxman, filed the lawsuit 158 days after the one-year deadline. TMZ has previously reported that Joe Jackson is seeking anywhere between ten and 500-million-dollars in his lawsuit. Jackson has stated that the money he is seeking is within, quote, “the realistic range of provable damages.”
Conrad Murray is currently set to stand trial for an involuntary manslaughter charge in connection with Michael Jackson’s death. The singer passed away from cardiac arrest on June 25, 2009. It was later determined that he had lethal levels of propofol in his system. Murray has admitted to providing the drug, but denies being responsible for the music icon’s death.