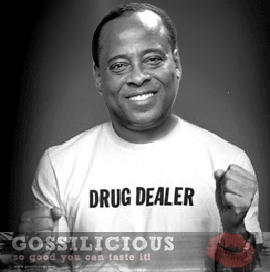 Why is this man still allowed to practice medicine?Â  Our source told us Â Nevada State Board of Medical Examiners has contacted the Texas Medical Board, asking for info on how Texas was able to legally restrict his license so quickly.Â  Texas Medical Board prohibited Murray last Friday from administering Propofol or other heavy sedatives.Â  The restriction — which Dr. Murray himself signed off on — reflects his bail restrictions in California while he awaits trial in the death of The King of Pop.Â  I guess they want him to kill more people….
A source connected with Dr. Murray tellsÂ  our source they fully expect Nevada to impose a similar condition and Dr. Murray will gladly agree to the restriction. I think he should be restricted from practicing medicineÂ  period.Â  He is just as worse as a drug dealer. -Â -Courtney L.