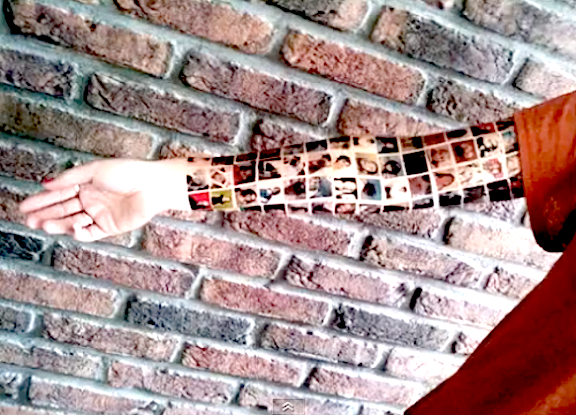 So my homegirl Miss. Jia over at MissJia reported that a woman in the Netherlands is probably waiting by her computer for 152 of her Facebook friends to hit like at her photo. Why you might ask? Because she went and got all 152 of there faces tattooed on her arm.

“After months of work I want to show you all my social tattoo,” said the woman, identified only by her YouTube username susyj87.

On her website Ms Moelker described her work as “a real ‘social tattoo’!”

The woman appears to have been inspired by Netherlands-based company Pretty Social which prints people’s Facebook friends’ photos on a range of products, from clocks, bags and IKEA furniture to a Mini Cooper car.

So I get the creativity however on facebook I’m friends with people that I’m not really friends with in real life. Plus I would necssarely say Facebook friends are forever!

“What happens when someone deletes you? Do you blacken out their pic on your stupid arm?” another asked.

Others were more positive.

“I think she knows friends aren’t forever and all, but I also think the idea goes a bit deeper than that,” one said.

All I know is dont expect to see none of y’all names on my are for one I’m too dark and two I’m Cool! Tell me what y’all think by commenting below!