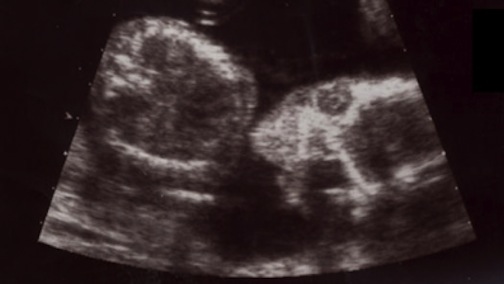 Here’s a little late night read that I found on FoxNews that I thought you all would find interesting….

A 59-year-old woman in the Dominican Republic had been suffering sharp stomach pains for decades â€“ and didnâ€™t know what was causing them.Â It turns out she had unknowingly been carrying a dead fetus for at least 30 years, Dominican health officials said.
The mummified remains of the fetus, which weighed 3 pounds and 12 ounces, were found during an X-ray exam of the woman. Miladys Roman, the chief gynecologist at Luis Eduardo Aybar Hospital in Santo Domingo, said the woman told doctors she had long experience pains but never received adequate medical attention.

This week, she entered a public hospital with digestive complaints and thatâ€™s when they learned of the petrified fetus, or stone child, of probably of three to five months of gestation.
Petrified fetuses are rare, but they do happen. In 1996, a doctor found a dead fetus that had been inside a Brazilian woman for 15 years.

â€œ”I was shocked when told I had been pregnant so long. During all this time, my belly never swelled,” the woman told a SÃ£o Paulo paper at the time, according to the Chicago Tribune.
Ten years earlier in Mexico, an 86-year-old woman hospitalized for a digestive complaint was found to be carrying a full-term, mummified fetus in her abdomen for more than 60 years.