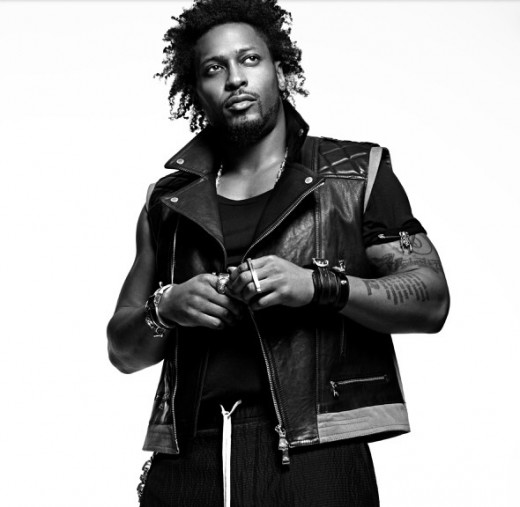 It has been 15 years since the R&B heartthrob, D’Angelo, has released an album! Now, he’s back with his new album “Black Messiah!”

R&B soul singer D’Angelo has FINALLY dropped his long-awaited new album entitled “Black Messiah!” Popular music critic Nelson George hosted a listening party for the album December 14 in New York City and advised the crowd that the album could be purchased after the party at midnight!

At the listening session, the lyric booklet was distributed to the small crowd of invited guests and explained the album’s name: “Many will think it’s about kreligion. Some will jump to the conclusion that I’m calling myself a Black Messiah,” the introduction explains. “For me, the title is about all of us. It’s about the world. It’s about people rising up in Ferguson and in Egypt and in Occupy Wall Street and in every place where a community has had enough and decides to make change happen.”

D’Angelo’s triumphant return with new music is an exciting one and according to him, many tracks on the album are politically charged but not all of them. He worked with ?uestlove and Kendra Foster of Parliament-Funkadelic to write the songs’ lyrics. ‘Sugah Daddy’ was released in an unorthodox manner this weekend as was the album’s Sunday night/Monday morning release. The song was released just a day earlier and is a mid-tempo jam accented by piano, handclaps/fingersnaps, the introduction of a funky guitar and horn section further into the song and of course, the unmistakable tenor and harmonies of D’Angelo’s voice.

We are SO excited that D’Angelo is back on the scene and look forward to more singles from this highly-anticipated release! Here’s the track list for the album and a below that a link to check out D’Angelo’s latest single ‘Sugah Daddy:’