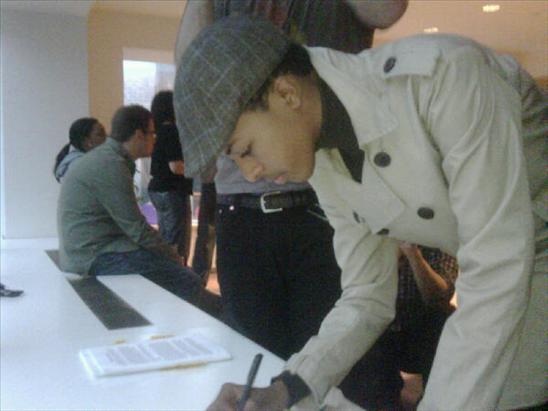 Run-D.M.C. rapper Joseph “Reverend Run” Simmons may have to start sharing the hip-hop spotlight with another member of his family. Rap-Up.com is reporting that Run’s son, Daniel “Diggy” Simmons, has signed a recording deal with Atlantic Records. The 15-year-old released a mixtape titled “The First Flight,” but really started gaining notoriety when he appeared in an online video rapping over Nas’ hit track “Made You Look.” Diggy took to his Twitter account after inking his deal and stated, quote, “Taking a tour of the Atlantic offices…This is real surreal right now, its official!” He adds, quote, “Real thankful just takin it all in!” Diggy’s brother, JoJo, also expressed his excitement tweeting, quote, “Diggy is gon take over and I’m there to support him! Family don’t compete with each other we complete each other.” A release date for Diggy’s debut album has not been reported.