Dave Chappelle Gives Details On Why He Wasn’t Funny, Why He Won’t Return To T.V. And More 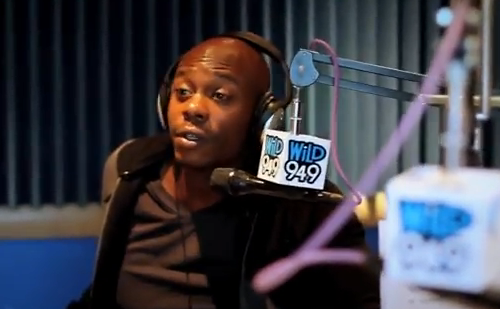 In his first interview in 5 years, Dave Chapelle gave details on a number of things ranging from a recent story that ran saying he wasn’t funny on stage all the way to why he won’t return to t.v. The interesting interview was held on the radio station 94.9. On not being funny in Miami, he stated that the REAL reason was because the entire front row at the casino gig was full of Seminole Indian hecklers. He said it was difficult trying to talk while they were talking especially when they were directly in his face. He even admitted that it DOES get to him when people start booing because he does want to do well.Â  In addition to that, he said there wereÂ  a ton of people who pulled their phones out for this “youtube sensation”. While the first night was full of drama, he said that the next night was great.

Of course they asked him about television. He related his return to television to a drug habit oddly. He said that being a famous person is addicitive and that he no longer wants that to be the “driving force of his life”. He admits that it was fun but it just isn’t something that he will go back to. The interview even had some messy parts with interviewers asking him about what he thinks about Nicki Minaj’s butt and whether or not Nick Cannon is funny. Overall, Dave appears to be pretty chill and positive. He’s toned down a whole lot in my opinion.