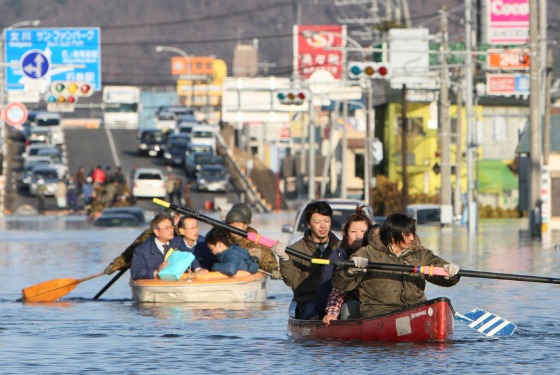 According to CNN, NYT, Rueters, more than 1400 people have now been reported dead as a result of Friday’s earthquake and tsunami in northeastern Japan. Japanese news media quoted government officials saying the death roll could rise to more than 1,300, most of them drowned. Over 10,000 people are currently missing. In the town of Minamisanriku, 9,500 people are unaccounted for, according to a local news agency. That figure is about half the population of the town. Overall, about 300,000 people have been evacuated from their homes. 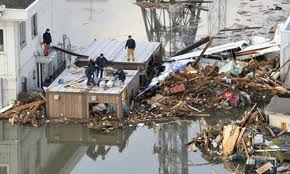 More than 3,000 people have been rescued from “collapsed homes, muddy waters, and raging fires,” according to Japanese Prime Minister Naoto Kan. Rescuers will continue to search for missing people. 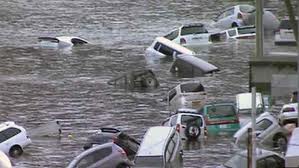 Aftershocks have continued to jolt Japan today, including two at magnitudes of 6.1 and 6.4. Flight cancellations as a result of the earthquake left at least 23,000 people stranded in Tokyo airports. Six million households are without electricity. 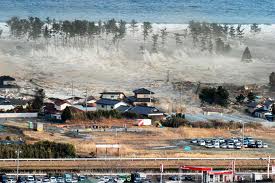 The Japanese government made a formal request for U.S. aid, including military support, and full planning for deployment is in effect. The U.S. is first sending aircraft and helicopters from Okinawa.