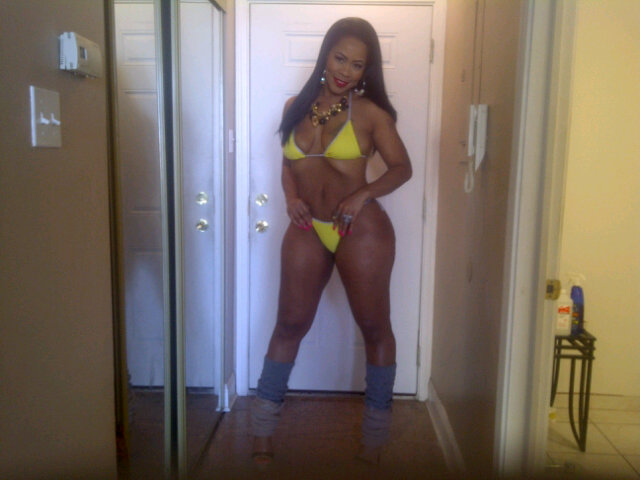 Remember Deelishis, the winner of “Flavor of Love 2?” She is returning to TV with an upcoming reality show called “Motor City Wives.” The show is said to star Ayanna Kilpatric-Ferguson, Valencia R. Williams and Sara Stokes.Â The show, Motor City Wives, will feature Deelishis as a wife of a Detroid party promoter, Orlando Gordon. The show will be about prominent women living in Detroit. Check out Deelishis and her youngest daughter, Lexington Brielle below.

More details leaked about the show revealed that Deelishis will get confronted by Ayanna’s husband. Also, Valencia will meet a transgender woman named Julisa who claims that JoJo Simmons has been pursuing her/him on Twitter.

@Julisa_abad making a appearance on show where u can see the jojo simmons story play out…tune in!

JoJo was so pissed about the video leak he went off on tweet but later removed the tweets and apologized.

DeelishisÂ will star in an upcoming movie where she’ll be asked to be naked and after seeing all her tweet pic’s we see thats no problem. All these TV drama yet they haven’t convinced any network to pick the reality show up yet. Â But I know with all this Drama someone is gone pic it up.Â Spotted at TheYBF. 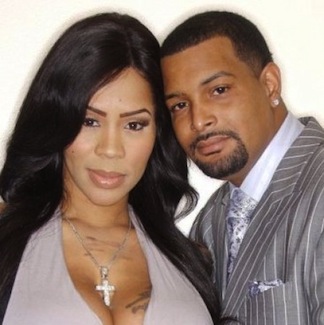 In Other newsÂ her hubby of more than two years,Â Orlando Gordon, was picked up on Tuesday as part of a major drug bust,Â according to the FBI.

MediaTakeoutÂ also reports that the â€œFlava of Loveâ€ Season 2 winnerâ€™s husband was cuffed along with 14 other suspects in a bust that is being called â€œone of the biggest cocaine and marijuana drug rings outside of Detroit.â€

Sister to Sister, reports the coupleâ€™s Franklin, Michigan, home was raided by the feds and several kilos of marijuana, grams of crack cocaine, multiple firearms and a bundle ofÂ cash was discovered to the tune of more than $500k.

The FBIâ€™s indictment alleges that the drug ring started back in 2008 and involved several agencies, including the IRS, Drug Enforcement Administration and theÂ Bureau of Alcohol, Tobacco, Firearms and Explosives.

Narcotics trafficking along with violent firearm activity destroys the families and neighborhoods in our communities. ATF along with its state, local, and federal partners will continue to aggressively pursue those violent individuals and organizations that cripple our communities with crime.

Sister to SisterÂ is reporting that they spoke to Deelishis directly and she insists that the reports are untrue:

No one has come here and done anything to us. Weâ€™re fine,â€ Deelishis said, noting that Orlando was in the house with her. Ainâ€™t no $500,000 over at my house.