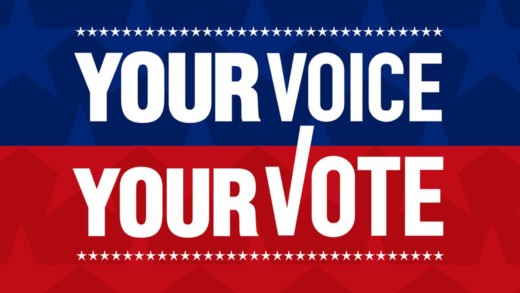 Was trying to wait for the dust to settle before weighing in on the election of Donald Trump as President of these United States… but it seems like that won’t be happening anytime soon. Everyday there’s something new on the news! Unfortunately, what has transpired is divisive and the “powers that be” have spewed deplorable rhetoric rooted in nothing but fear and hatred. With clashing philosophical viewpoints that can only be described as “EXTREMISM”…leaves some of us in this country feeling extremely anxious and uncertain about the future.

It makes one question the values that were thought to be mainstream. Didn’t realize we had litmus tests in this great nation that was founded on freedom and liberty. This country is NOT for people who ONLY look a certain way, ONLY act a certain way, ONLY think a certain way, or ONLY worship a certain way. You are wrong if you believe this. Dead wrong! What is taking place now challenges our core values and shakes the foundation of this nation. We are under attack by “insiders”…our own people, in what is supposed to be the greatest democracy in the world and this is mind-blowing. How did we get to this point? How did our respected democracy become a deMOCKery? We the people allowed this to happen and for whatever reasons, we didn’t vote to keep this from happening.

Today our democracy is at stake and is being confronted at the deepest levels. We know that we must accept the transition of power and work together so that this presidency does not become a failure, because if Trump fails we all fail. America is way too great to let that happen. We have to work together for the greater good of this country and future generations to come. We know that this should be our attitude, but when the current administration turns to MOCKery and begins to denigrate what we all hold so dear (which is our freedom and a secure place in this world), there comes a time when we MUST take a stand. We must RESIST any attempts to oppress the progress that’s been made. If you’ve never been active in politics before, now is the time to get involved and get in the trenches for the next election cycle…Let’s take back the house and senate with representatives that do not align with Trump’s disjointed way of thinking!

What is happening now is NOT okay. We can’t “ride this one out.” We need to make a move so that the greatest democracy in the world does not become a deMOCKery! On November 6, 2018, 33 senate seats, 435 house of representative seats, and 14 governorships will be up for re-election. We can turn this thing around…organize and strategize NOW! We have work to do, Doc Mel