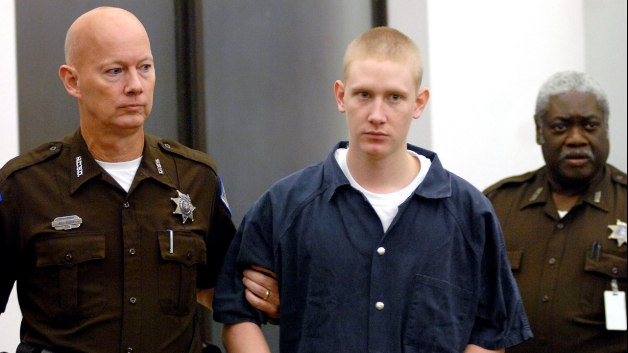 Deryl Dedmon is being charged with running over James Craig Anderson, an African American man, with his pickup truck because of the color of his skin. Dedmon pleads not guilty although he can be seen on tape running over the man who obviously was trying to get away from him.

Deryl Dedmon, 19, is charged with running down James Craig Anderson, 49, with a pickup on Jun. 26 in Jackson, Mississippi. Authorities have called the case a hate crime and the U.S. Department of Justice has launched its own investigation into whether federal charges can be brought.

Standing before a Hinds County circuit judge, Dedmon showed no emotion and spoke only two words during his five-minute court appearance: “Not guilty,” he said, according to Associated Press. The judge told prosecutors to inform the court by Nov. 1 if they plan to seek the death penalty. Dedmon initially was charged with murder. The charge was upgraded to capital murder when authorities said they uncovered evidence that Anderson was robbed. Capital murderâ€”a murder committed along with another felonyâ€”is punishable by death or life in prison without parole. Dedmon also was charged under Mississippi’s hate crime law, which allows for harsher sentences.

Andersonâ€™s family has asked that Dedmon not be given the death penalty because of their Christian beliefs. â€œOur opposition to the death penalty is deeply rooted in our religious faith, a faith that was central in James’ life as well,” the family said in a letter, according to CNN. The family has filed a wrongful death suit against all seven of the white teens allegedly involved in the crime. Jackson police initially charged another teenager, John Aaron Rice, with murder. A judge reduced that charge to simple assault after a detective testified Rice left the scene before Anderson was run over.

The horrific murder was caught on video, showing a gang of white teens beating Anderson before running him over with a pickup truck. Authorities say the teens yelled â€œwhite powerâ€ and racial slurs during the attack.

Such a tragic event for both families involved. What are your thoughts on this case?