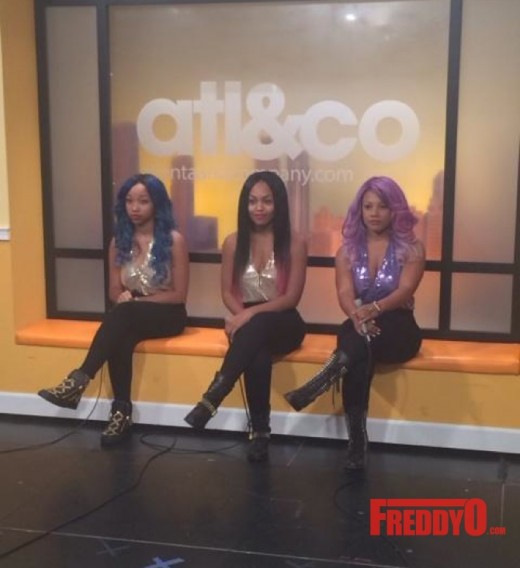 The girl group OMG Girlz, formed by T.I.’s wife Tiny and that included her daughter, Zonnique  Pullins  (aka Star), Bahja Rodriguez (aka Beauty) and Breaunna Womack (aka BabyDoll),  announced their breakup via Twitter. 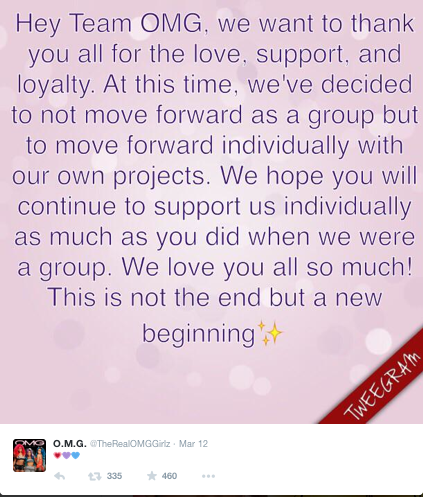 O.M.G. announced to the world that they are no longer a group on their Twitter, the dynamic girl group shared,

“At this time, we’ve decided to not move forward as a group but to move forward individually with our own projects!”

OMG Girlz formed in 2009 as a quartet ages 11-13. The Atlanta-based group was managed by Tameka “Tiny” Harris and originally included Lil’ Wayne’s daughter Reginae Carter, who left the group in 2010 to pursue a solo career.

OMG made their debut on an episode of BET’s Tiny and Toya series, starring the Young Money rapper’s ex-wife, Antonia Wright. They later appeared on the VH1 series T.I. and Tiny: The Family Hustle. 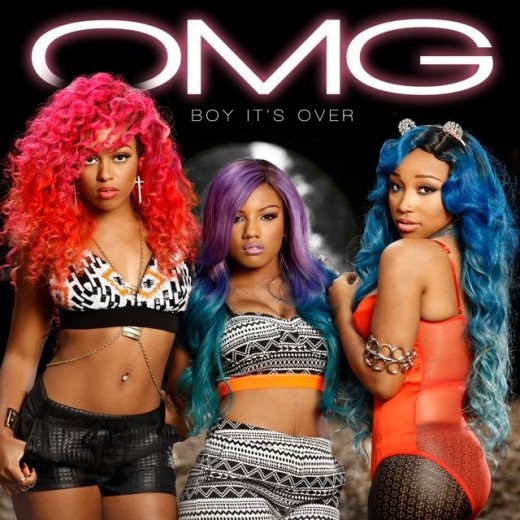 OMG previously toured with groups including Mindless Behavior. The group scored two chart topping songs “Gucci This (Gucci That)” and “Where The Boys At?”

Fans shared their support for OMG in various tweets retweeted by Star. She tweeted to fans writing,

“We love you guys so much and y’all will always be our babies and the girls gone always be my girls.”

BabyDoll also took to Twitter to express her love to the group’s supporters,

I know that the girls will continue to be the best of friends and do great things. I can’t believe my girls are all grown up!
Any thoughts on the OMG Girlz split?