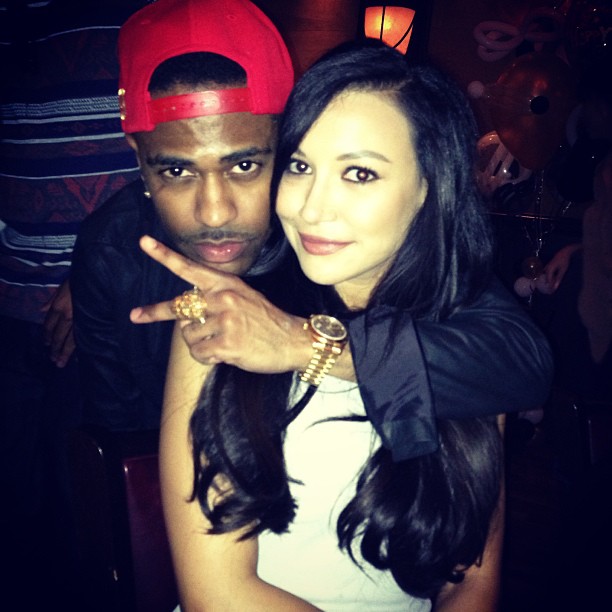 Its official the engagement of Big Sean and Naya Rivera was called off and the two are going in on each other …guess it’s truly a thin line between love and HATE.

The homie Big Sean released a statement confirming he’s split from his Glee star fiancée Naya Rivera after only asking her to marry him six short months ago.

There are rumors curculating that the reason why the couple split is because Big Sean cheated on Naya but his reps insists that the rumors are “simply untrue,” and has nothing whatsoever to do with the couple’s surprising split.

According to someone close to Big Sean they told Us Weekly that Sean is the one who broke off the engagement, adding,

“Sean did not cheat on Naya and the allegations are 100% false and untrue.”

According to another source Big Sean was tired of Naya’s insecurities and constantly questioning his faithfulness. The source tells Hollywoodlife.com,

“She got jealous so fast that it threw Big Sean off guard. He tried to adapt to it and fix it because he was in love with her but it just got to be way too much and it was just one thing after another. Sean also felt that she was controlling and he didn’t like that. He thought they should have had a more even and relaxed relationship, which happened at first but it definitely took a turn for the worse fast.”

Sean is not the only one making public moves; Naya unfollowed her ex on Twitter…..that’s real official! She even publicly accused her ex of stealing expensive jewelry from her house. 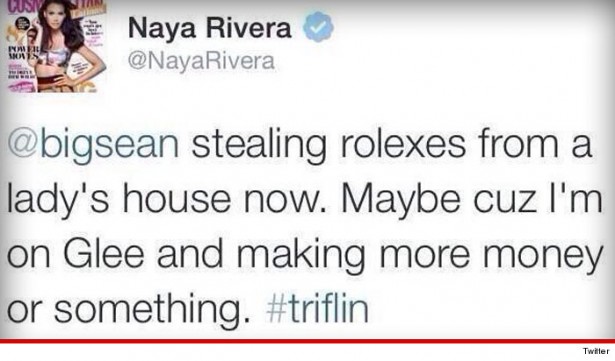 The “Glee” star took to Twitter today to accuse Big Sean of not only being a cheat but being a thief! According to Naya her ex stole a pricey Rolex watch from her. But sources close to the situation says that the watch belonged to Sean first — he bought it for himself when he became successful. We’re told Sean gave it to Naya to wear … but it was never hers to keep.

Man hope they can get it together. I guess there’s a thin line between love and hate.