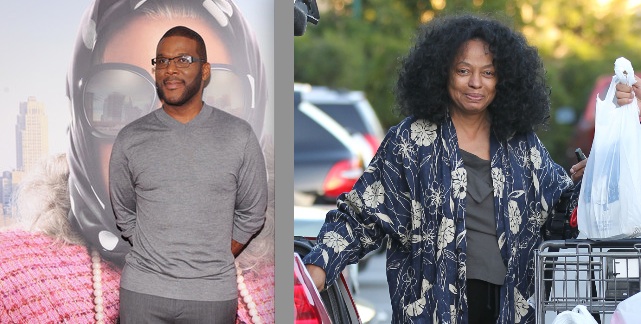 Tyler Perry hit a roadblock in his pursuit of his Dream movie. EURweb reports the filmmaker expressed interest in producing a film with Diana Ross, but apparently, she wonâ€™t return his calls.

â€œSheâ€™s been ignoring me for years,â€ Perry told Essence.com while promoting his latest movie, Madeaâ€™s Witness Protection. â€œSheâ€™s the only person that I have dreamed of working with that will not return my phone calls.â€

But he does recall a time when they had a short conversation.
â€œThat was it, she never called me again. She said, â€œNo!â€ And that was it.â€ 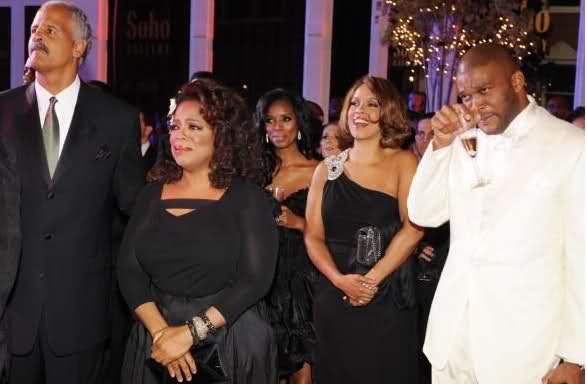 He says not even having a close association with Oprah Winfrey, I canâ€™t get her to call back.

â€œNot when it comes to Diana Ross,â€ he jokes. â€œYou can be friends with Obama, Oprah, Trump â€” that is Diana Ross! So, no.â€

Not all is lost, however. Perry has managed to get two other childhood idols, Maria Gibbs and John Amos, into his latest movie.

â€œTo be around Florence from The Jeffersons and James [Amos] from Good Timesâ€¦ to stand in the presence of people that Iâ€™ve admired is amazing.â€

Aside from his dreams of landing the former Supremes frontwoman in one of his forthcoming flicks, the 42-year-old New Orleans native also recently opened up in an interview with the Huffington Post on the idea of working with Eddie Murphy.

â€œHe’s underrated and very brilliant, but he’s also Eddie Murphy,â€ Perry said. â€œI’m totally open to [collaborating], but that would definitely depend on Mr. Murphy.â€ 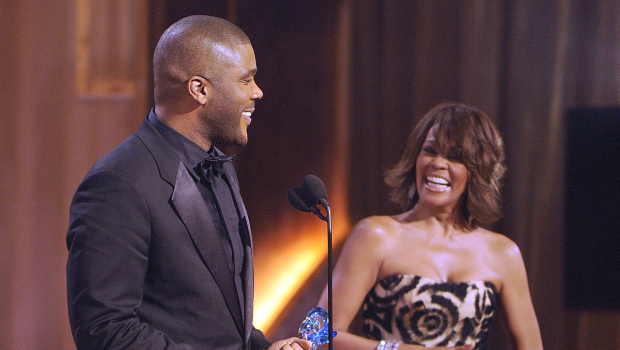 Last years my sources said that Whitney Houston was going to return to the big screen with the help of Perry also! According to an inside source, Whitney screened tested for Tyler personally in hopes of landing the lead role of a Jazz singer in Tylerâ€™s next film â€œA Jazz Manâ€™s Blues.â€

Word is the role may have originally been meant for Diana Ross, but once that fell through, Tyler rewrote the role specifically hoping to get Whitney to come on board. Damn what a movie she would have been back on top!!!

The film would have reportedly been set in the 1940s and will feature Ben Kingsley as Whitneyâ€™s love interest.As many of you well know, Whitney had an amazing movie career during the 90â€™s. The Pop divaâ€™s films, â€œThe Bodyguard,â€ â€œWaiting to Exhaleâ€ and â€œThe Preacherâ€™s Wifeâ€ have reportedly grossed over 300 million dollars worldwide and the singerâ€™s soundtrack to â€œThe Bodyguardâ€ is still the largest selling soundtrack in history, thanks in part to Whitneyâ€™s amazing rendition of Dolly Partonâ€™s â€œI Will Always Love You.â€ 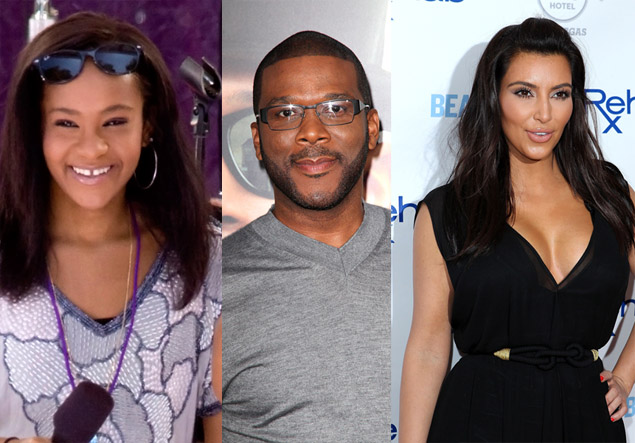 Perry recently talked about Kardashian at the premiere of Madeaâ€™s Witness Protection, Perry said, â€œSheâ€™s a good actress. She did a really good job.â€
AtlantBlackStar reports Perry also believes people should look past Kardashianâ€™s public divorce and other stumbles. â€œThere was a lot going on with her marriage and all that stuff at the time [of filming],â€ he said. â€œAll that stuff thatâ€™s in the past. The movieâ€™s called â€˜The Marriage Counselor.â€™ Of course it had something to do with that.â€

Perry also has high hopes for Bobbi Kristina Brown, daughter of the late Whitney Houston, whom he cast in his TBS series, For Better or Worse. â€œShe did a fantastic job. That kid has such a future,â€ said Perry, who spoke at Houstonâ€™s funeral. â€œSheâ€™s such an actor. Iâ€™m so proud of her. Iâ€™m telling you. As far as she wants to go in this business, she can.â€