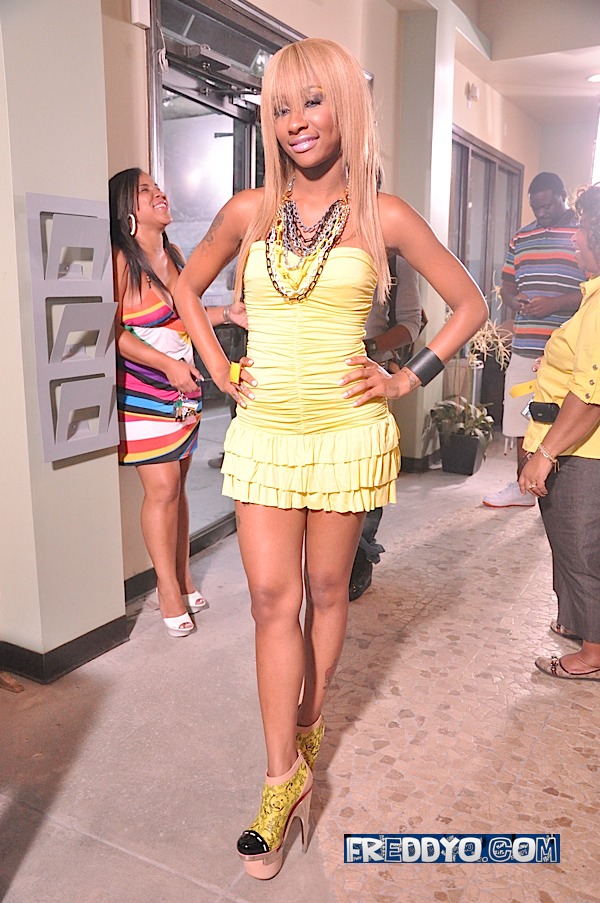 Now Freddyo.com could not let another day go by without giving a shout out to our friend and supporter, rapper Diamond. Diamond was actually in terrible car accident on Thursday night, where her porche flipped over 3 times on 285 in Atlanta, Ga. Luckily, she was able to walk away from the accident with minor injuries. Thank God she is ok.

For those that don’t know, in November 2007, Diamond left Crime Mob to pursue a solo career. She was conflicted about going solo, feeling bad and feeling like she betrayed the group. She stated:

I feel like itâ€™s the best decision to make because the choices and opportunities that was presented in front of me the whole time while I was in the group, Iâ€™m able to take that now and not feel bad about it or not feel like Iâ€™m being disloyal to the group.

She released a series of mixtapes calledÂ Bitch Muzik, and one calledÂ P.M.S (Pardon My Swag).

In 2010, Diamond appeared on the remix of Ludacris’ “My Chick Bad”Â along with rappers TrinaÂ and Eve. Also in 2010 she released her first single on Battery Records/Jive called “Lotta Money”Â featuring Gucci Mane.