Word on the curb in Houston, TX that Iggy Azalea and her “legal team” has sunk to an all time low to launch massive attacks against Hefe Wine (common law husband) of Iggy Azalea who recently filed for a divorce from AzaleaHEFE-WINE-FILED-FOR-DIVORCE-FROM-IGGY-AZALEA. If you recall Iggy Azalea has been caught in lie after

lie after talks of a sex tape surfacing around with Iggy and her ex Hefe Wine whom she claimed she didn’t even know. Only to admit she once dated him and later revealed they actually lived together for a couple years in Houston and in Los Angeles. Emails from Iggy Azalea also surfaced of Iggy professing her love for Hefe Wine when she was in fact separated from him. Read [https://freddyo.com/iggy-azaleas-exclusive-emails-to-ex-hefe-wine-leaked-documents-inside/#more-233169]

Iggy Azalea made the following statement to Hefe Wine via past emails (Source reveals) :

“I would sue you if you ever told anyone all the things I’m saying to you – I’m white I can do things like that you know.”

legal team attempted to serve Hefe Wine with legal papers requesting he remove music from iTunes which he wrote and produced for Azalea while they were in a relationship in Texas that lasted so long they were acknowledged by Texas laws as husband and wife. Since Hefe Wine filed for divorce from Azalea a strange string of awkward incidences have been taking place. There was talk in December 2014 of Hefe Wine in fear of his life Read More [https://freddyo.com/iggy-azaleas-common-law-husband-hefe-wine-in-fear-of-his-life/]

A source close to the rising Hip Hop Pop Star revealed the names and photos to FreddyO.com.

Let’s not forget Iggy’s 2014 ending with her in feud after feud starting with Azalea Banks ending in Snoop Dogg having the last word after posting a meme; arguing with paparazzi at the grocery store, a slew of rappers, Jill Scott, accusing M & M of alluding to her as wanting to date rape her, down to cussing out the pizza man for giving out her phone #. After loosing the win for the nominated Grammy Iggy with her tail between her legs gracefully left for Hawaii to vacation with Laker star Nick “Swaggy P” in tow. Vowing to take a break from social media we recently learned of Iggy’s decision to postpone her tour. 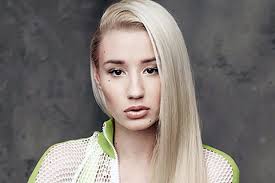 A source close to Iggy Azalea‘s legal team revealed she hired a private detective to put the following rachet tactics in place.

1. Hefe Wine baby mother Miriam Buitrago voluntarily left their son in the car of Hefe Wine early 2014 and he has resided with Hefe under his care and parental guidance until tension released between Iggy Azalea and Hefe Wine over music ownership. Hefe’s baby momma in confidence allegedly confided she was in talks with Azalea’s legal team and in the midst of this Miriam filed assault charges against Hefe Wine and gets temporary custody of their son. She was all of a sudden financially able to secure an attorney that cost in excess of $400hr and purchase a brand new car. (She left her son with Hefe in part due to her finances where she was barely earning 2000.00 per month salary as a secretary. Sources say Iggy Azalea legal team (lawyer) and Miriam’s  Attorney are working together and sources say they even show up with one another in both courts.

“do everything possible in their power to make sure Hefe Wine goes to jail for a long time.”

3. Shortly following Iggy Azalea and Randy Wilhight hire John Moritz who serves as a police officer  and a private investigator at the same time (which is frowned on due to conflict of interest to do both in the state of Texas)

Practically that would be bribery of a law officer.

4. A Lawyer by the name of Charls Johnson an alledged (claims sources) thug and a cocaine addict who (according to sources in the streets of Houston)  boasts about arranging hits to be placed on requested victims.

4a. Both John Moritz and Charls personally went to 2 bonding companies and convinced them in exchange for money to forfeit Hefe Wine’s bond (have it revoked)  causing Hefe Wine to be sent to jail at his court hearing.PLAINTIFF’S ORIGINAL PETITION draft 2 (1)

7. The last hired was a reporter named Craig Malisow whom sources claim was hired by Iggy Azalea and made it clear to others he’s set out to write derogatory and incriminating stories on Hefe Wine. Craig has reached out to several media outlets and journalists who confirmed they received a call (if it’s good things you have to say about Hefe Wine sources say Craig’s not returning calls).

8. After the judge issued a gag order for Hefe Wine and wife Iggy Azalea at a Texas courthouse in This year, Iggy Azalea violated orders by presenting personal banking information of Hefe Wine, residence addresses, and social security info belonging to Hefe Wine to Craig Malisow

What do you think? Would Iggy Azalea and her legal team go through such lengths as a measure of desperation since it seems like Iggy Azalea is loosing in divorce court in Houston? Is she telling the truth about her 2 year sexual relationship with Hefe Wine? Or is Iggy just being another ungrateful rap artist who is failing to give credit or show respect to the person that was ultimately very primary in launching her music career in the United States.

Was Hefe only good for room, board, rent, sex and finances, free studio time, and connections when Iggy was in the United States fresh out of Australia with no where to turn?
March 22, 2015