Did Pebbles Get TLC Dropped From EPIC? : Chilli Responds On Twitter 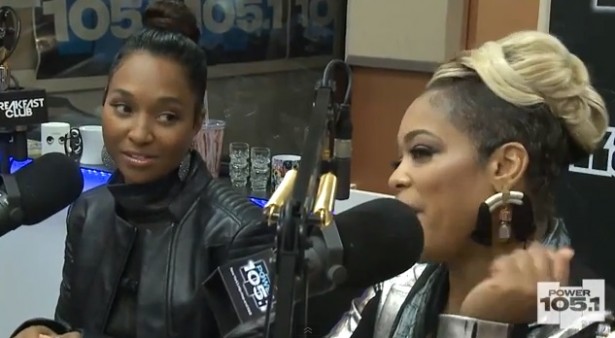 Looks like TLC might be dropped from Epic Records — just four months after signing their new deal.

An unconfirmed report from a TLC fansite noted that the group’s name has been removed from Epic’s roster. However the Epic logo no longer appears on TLC’s own website and TLC is no longer listed on the Epic artist webpage.  There is so much more to this!!!  Check inside…

The duo signed a new deal with Epic back in July have since released their greatest hits compilation, 20, and a new single, “Meant To Be.” Last month, TLC confirmed to MTV that they were working on a completely new studio album with L.A. Reid  that’s was due for release in early 2014. 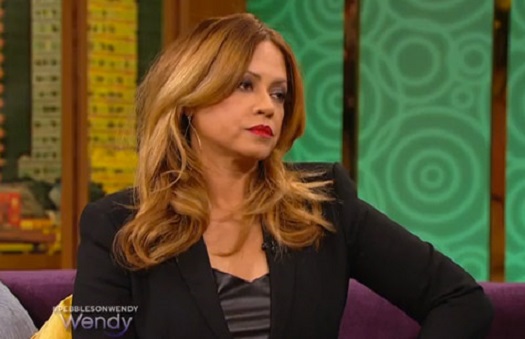 Since L.A. Reid is the ex-husband of Pebbles, who is pissed off with the T-Boz and Chilli after her character in VH1′s CrazySexyCool: The TLC Story looked like doo-doo!

It may be just a rumor now, but if LA Reid signed Ciara after the weakest album in her career, why would he suddenly drop TLC just weeks after their biopic put them back in the game???

Chilli posted a response to the rumors, saying: 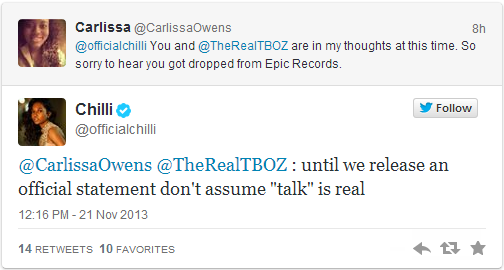