More
Home Uncategorized Did You Know: More than Half Of America Pets Are Over Weight
Facebook
Twitter 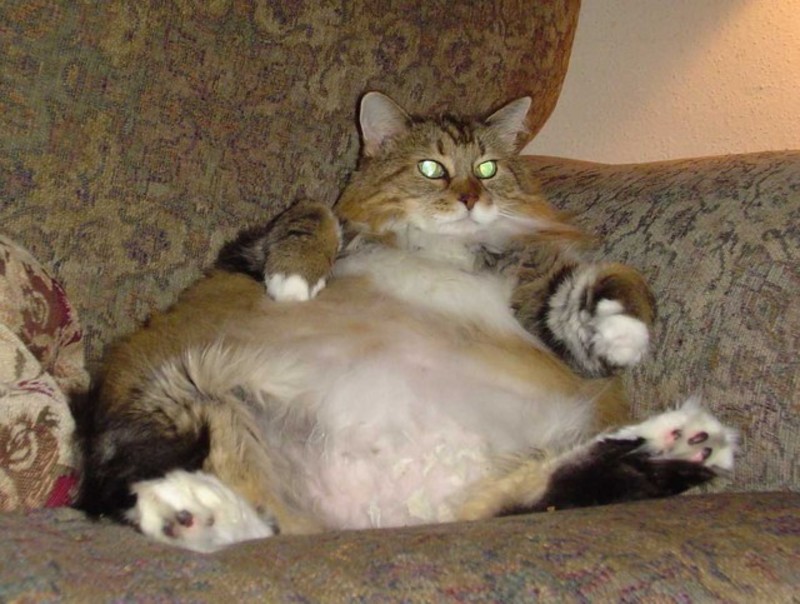 Many pet owners think they are giving their pets more love when they sneak them an extra treat from the dinner table, but a new study shows that more than half of pets in the U.S. are obeseâ€”and their owners lack of moderation is to blame, according to the Association for Pet Obesity (APOP). Fox is reporting that a study found that 53 percent of cats and 55 percent of dogs are overweight or obese, and the numbers are on the rise.
â€œWhile the general trend of overweight pets has remained fairly steady at around 50 percent, the number of obese pets is growing. This is troubling because it means more pets will be affected by weight-related diseases such as arthritis, diabetes, high blood pressure and kidney disease costing pet owners millions in avoidable medical costs,â€ APOP founder Dr. Ernie Ward said in a press release.
When the APOP conducted the same study in 2007, just 19 percent of cats and 10 percent of dogs were overweight.
Veterinarians say part of the increase could be due to a better understanding of what the criteria for an obese dog or cat is. They also emphasize how critical it is for owners to realize they are putting their pets lives at risk when they feed them too much and donâ€™t give them enough exercise.
One of Americaâ€™s largest veterinary clinics, Banfield Pet Hospital in New York City, also joined the APOP 2011 study after seeing an increasing amount of overweight pets, and want to raise awareness on obesity prevention.
â€œWeight-related disorders are a major concern for us,â€ Dr. Elizabeth Lund, a veterinary epidemiologist and Banfieldâ€™s senior director of research said. â€œPreventive care is at the core of Banfieldâ€™s mission, and we are incorporating weight assessment and counseling into each patient visit.â€