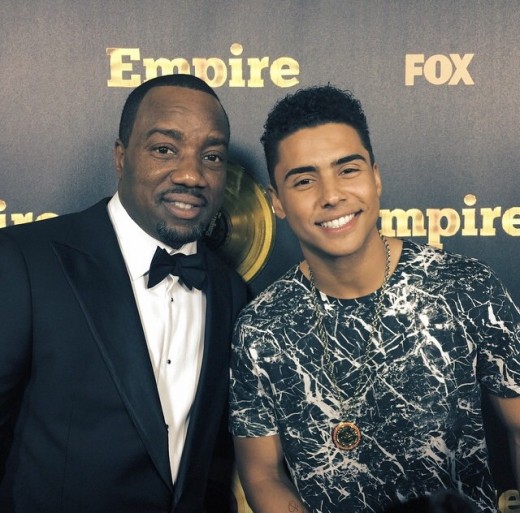 Daddy knows best! Especially when it comes to handling business. Mogul Diddy has banned his son Quincy from working with the hit series “Empire” due to music rights!

The Lee Daniels’ Hip-Hop drama “Empire” is the hottest thing on TV now! With a star-studded cast that includes Terrance Howard, Taraji P. Henson, and many more. Of course, it makes sense that other celebs want to get involved. However, what do you do when your dad says “no?” Well that’s what happened with Quincy Combs, son to Hip-Hop mogul Diddy!

Apparently, Diddy pulled Quincy from the cast due to music rights! Quincy had landed a role, but once Diddy was informed that his son would have to sign over a portion of his music rights to Fox, it was a no go.

Diddy kicked up a huge stink and called all the top brass at 20th Century Fox TV to get them to change their rules over music rights, but he didn’t get his way! He said there was no way his son was signing over his intellectual property. So he banned him from the show.

All stars are obligated to sign a contract on “Empire” just like other shows like “Glee” and “American Idol.” Although Quincy was pulled from the line-up, rumor has it that he is being considered for the second season. Daniels is extremely excited to have Quincy work on the show, so hopefully daddy dearest will have a change of heart!