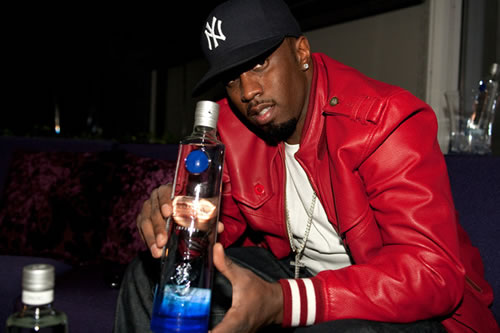 While celebs can get away with a number of things, having too much Ciroc is something you AREN’T going to get away with in France. Diddy’s entourage was held up by French customs because they were trying to bring too much of Diddy’s Ciroc into the country. His helpers say that the main reason they were bringing so much of his popular alcoholic beverage into the country is because they were assigned to bring it the multiple events that Diddy would be making appearances at in St. Tropez. Diddy is currently on a European party tour to promote the vodka brand (I wonder who has more parties: Pharrel or Diddy?).Â  But hold up…isn’t Ciroc produced in France? Sources say that it is BUT it’s a “scarce commodity”. Mmmhmm (gives side eye). Diddy almost had aÂ  fit too when he realized that one of the clubs where he was supposed to appear had more quantities of a rival brand and threatened not to live up to his word to appear at the hot spot. However, they got their act together and had Diddy’s Ciroc on deck and Diddy came out as promised. What do you think of this fiasco? Do you think the French customs were too harsh?