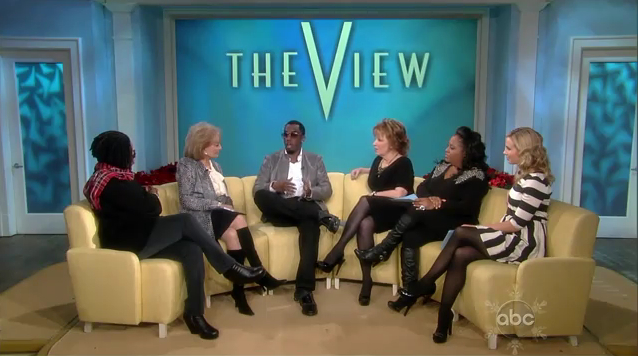 Sean “Diddy” Combs explored some personal topics during his appearance on ABC’s “The View” Tuesday morning. When asked by co-host Barbara Walters why he has yet to get married, Diddy admitted that he’s not quite sure why he hasn’t found someone to commit to. He said, quote,

“Some things in life, you don’t have the exact reason why you’re not. I know that I haven’t been ready; I know there’s other reasons in my life.”

Diddy went on to explain that his father was killed when he was three-years-old, and he never got to see “the way a family lives.” The rapper also noted that the mothers of his children did deserve his hand in marriage, adding, quote,

“But there’s things going on in my life…I’m not gonna say it’s all the way me, but I’ll take responsibility as a man.”

Following his interview, Diddy took the stage with his new group Dirty Money for a performance of their latest single “Coming Home.” The track is featured on their new album. I would have talked about his album and how much I liked it but he bought a ad on every site on the internet but mine???? So no Promo Here…