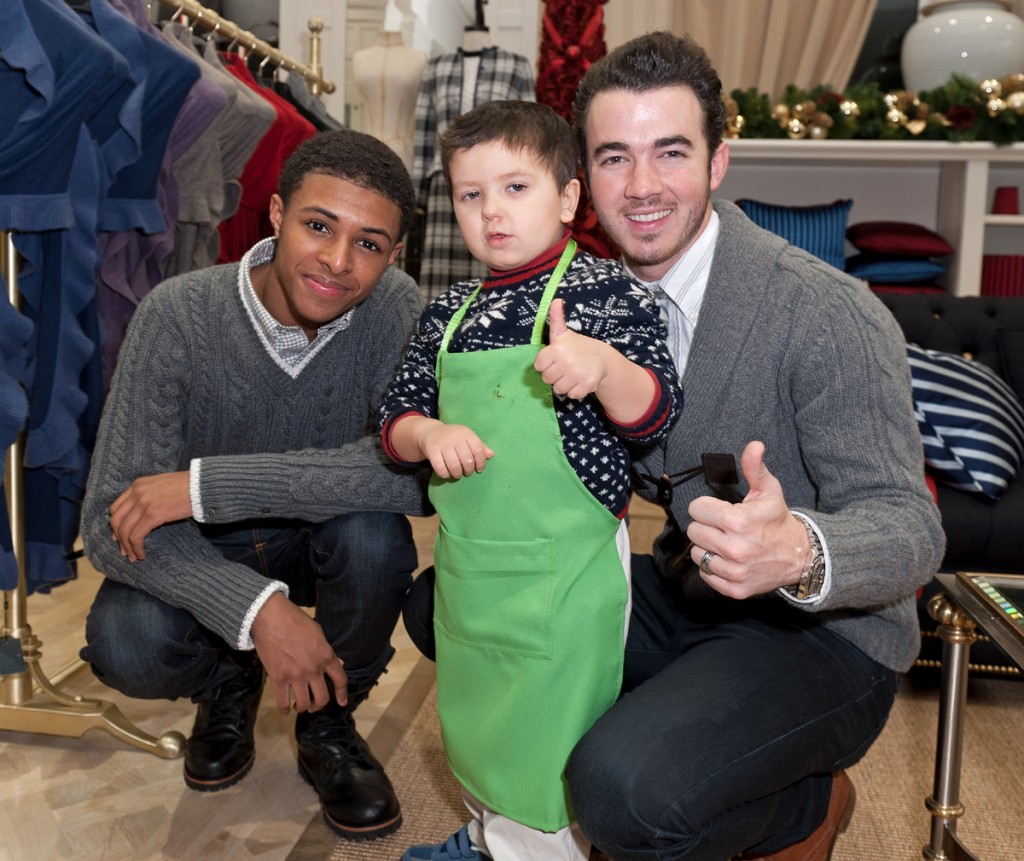 Diggy Simmons is not your average teenager. Not only is he a rapper but he’s Rev Run’s Son and his uncle is Russell Simmons. Â Both his father and uncle are big on philanthropy so it comes as no surprise that he has such a giving heart and a well rounded head on his shoulders.

The Scream Tour that Diggy headlined is now over and he’s had some free time on his hands. A couple days ago Diggy participated in a few holiday charity events in New York City. His first appearance was at the New York Presbyterian Morgan Stanley Children’s Hospital.

While there he Â visited beside patients, handed out holiday git bags, signed posters & took photos with the children. Im sure that made them feel good about themselves or at least helped make their situation a little better.

Later Â that day he visited St. Jude’s Holiday party at Brooks Brothers Flagship store where he took part in their “Thanks and Giving” campaign. He decorated holiday cookies, ornaments and cards with the St. Jude Patients, which Im told brought lots of smiles to the children’s faces.

Check out more pics of Diggy at the charity events along with his latest music video “Do It Like You” ft. Jeremiah.