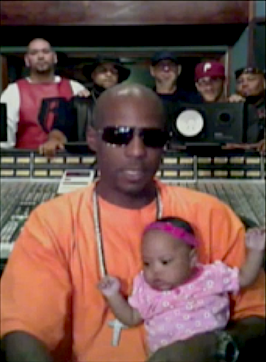 HipHopDX, says the rap star was recently performing at New York’s Santos Party House where he revealed that “Undisputed” will be arriving on March 26th.

The record will be DMX’s first since he was released from an Arizona jail last July after serving time for a probation violation.

“Undisputed” will also be DMX’s follow-up to 2006’s “Year of the Dog….Again,” which reached number one on Billboard’s Top Rap Albums chart.

Along with his new album, fans can also look for DMX on the TV screen. He’ll be participating in the upcoming VH1 reality show “Relationship Rehab.” A premiere date for the series has not been announced.