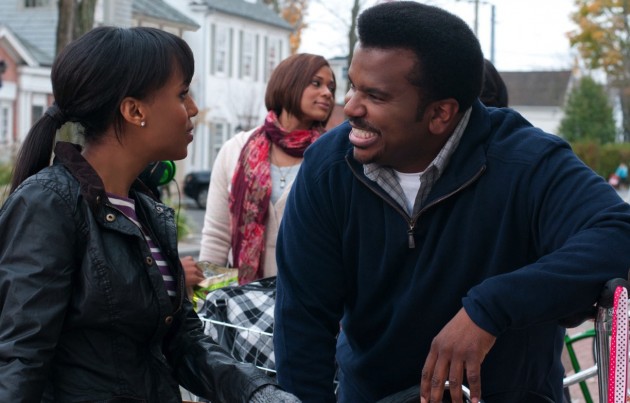 Tyler Perry’s 34th Street Films took one for the team and endorsed “Peeples”, a movie written and directed by Tina Chism. This ‘Tyler Perry Presents” film was not written or directed by Tyler Perry.  Actually it was a very good movie. The weakest link in the film was Scandals (Scandalis), not dating black men, Black card revoked by the community actress Kerry Washington. A) She wasn’t funny B) she didn’t bring any humor to the movie and C) Did I mention she wasn’t funny? Thank you Kerry Washington maybe Essence Atkins should have been casted for your role! Oops! Another, ok maybe anybody else besides (K.W.)could have co-stared the Hilarious Craig Robinson. David Alan Grier was hysterical as usual. I am glad this film allowed him the opportunity to get paid for what he does best. He’s a very good actor and I think that main stream media has just not given him a chance and the multiple roles that he deserves. 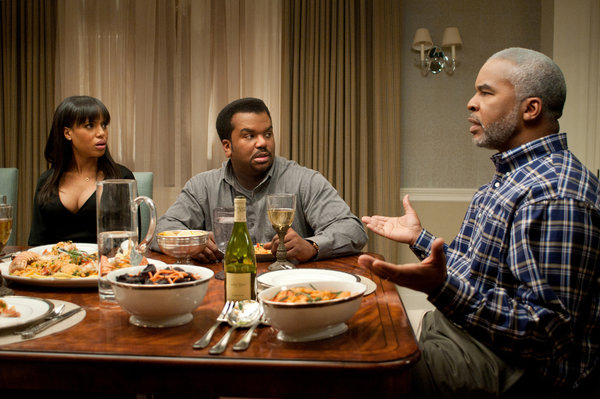 Kudos to S. Epatha Merkerson!  She is such a class act! Tyler James (from ‘Everybody Hates Chris) did a great job as well. No wonder this film received a B- Cinema Score even though it still only grossed 4.2 million for opening weekend. 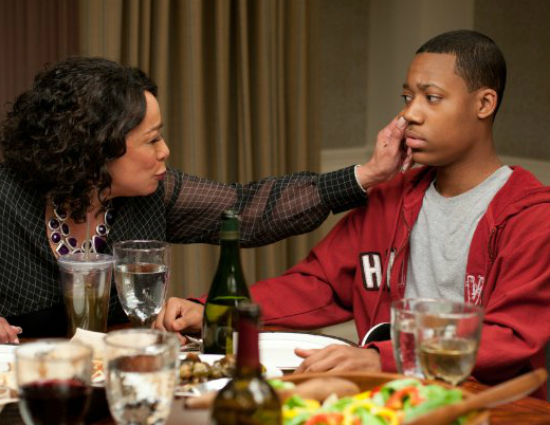 NYC Times described the movie Peeples as the following: Revelations unfold predictably, but the subplots cohere and the assured pacing offers a stark contrast with the often disjointed tempos of Mr. Perry’s mosaics. And Ms. Chism, who also wrote the screenplay, avoids Mr. Perry’s judgmental, often severe brand of tough love, embracing instead a more benign stance of forgiveness and acceptance. You wonder what films she will create when she’s out from under his shadow.