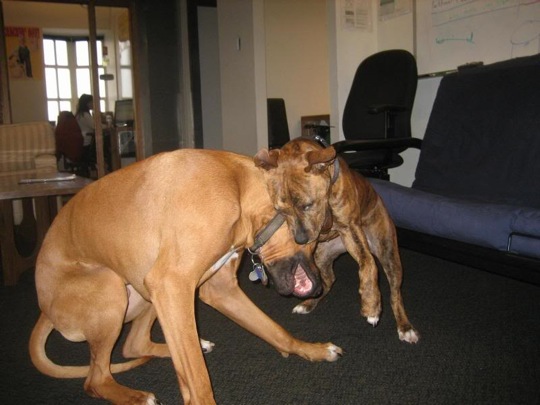 A 6-month-old baby had his testicles chewed off by two large dogs while he was left strapped in his baby carrier alone in a California apartment, CBS2.com reported Thursday. Carrie McKinney, 22, was visiting her boyfriend Doug Ritcheyâ€™s apartment and left her son in his car seat on the floor.

After leaving the room, Ritcheyâ€™s two pit bulls tore through the babyâ€™s diaper and chewed off his scrotum.

Police said the baby was taken to a local hospital and then to Loma Linda University Medical Center for surgeryâ€”but they were unsuccessful in trying to save his testicles.

McKinney could face charges of criminal neglect, and has lost custody of her son temporarily to Child Protective Services. Both pit bulls are scheduled to be euthanized. I think the Mama needs her A$$ whooped . What yall think?