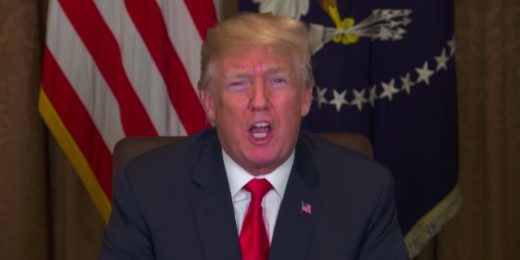 Donald Trump upped the ante in his attacks on the media early Sunday, unleashing a new broadside against journalists as “dangerous and sick,” and dividing the electorate.

In a stream of posts on Twitter, the president continued to harangue the press as the “enemy of the people” and said it “can also cause war.” It came on the heels of a controversy stoked last week when Trump revealed that he secretly met with the publisher of the New York Times in an off-the-record discussion.

The Fake News hates me saying that they are the Enemy of the People only because they know it’s TRUE. I am providing a great service by explaining this to the American People. They purposely cause great division & distrust. They can also cause War! They are very dangerous & sick!

At rallies and on Twitter, the president often delights in blasting “fake news” as a destabilizing force in his presidency, with CNN, The Washington Post and The Times being the most regular targets of his ire. Yet Sunday’s remarks come at a time when even a few conservative commentators have urged him to dial back his anti-press rhetoric.

On Saturday, right-leaning NYT columnist Bret Stephens penned an emotional piece entitled “Trump Will Have Blood on His Hands,” which took aim at Trump’s heated diatribes directed at the media.

Describing several instances when Trump supporters have threatened him, Stephens wrote that “the president is not coyly urging his supporters to murder reporters, like Henry II trying to rid himself of a turbulent priest. But neither is he the child who played with a loaded gun and knew not what he did.” 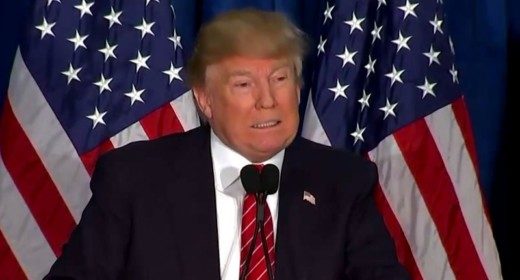 Last week, Trump revealed that he had met secretly with A.G. Sulzberger, the publisher of The New York Times.

Trump called the interaction “very good and interesting,” but that description was disputed by Sulzberger. While the president did not state when he met with Sulzberger, he tweeted that the two parties discussed “the vast amounts of fake news, and how that fake news has morphed into a phrase, ‘enemy of the people.'”

Sulzberger said he expressed concern about Trump’s “deeply troubling anti-press rhetoric,” and that it was “eroding” the U.S. commitment to free speech and an unrestrained press.